After Holbein first appeared in the Saturday Evening Post in May 1928. It was subsequently included in Edith Wharton’s collection of short fiction, Certain People published in 1930. 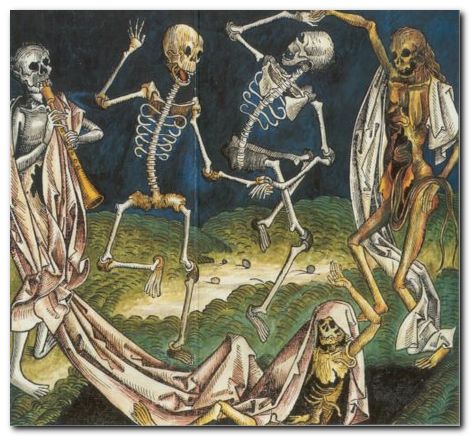 The surprising thing about this story is the very fine balance between sympathy and satire in Edith Wharton’s presentation of its two principal characters. There is obviously a critical edge to her depiction of Anson Warley’s naive drift into the perils of old age and Mrs Jasper’s other-wordly existence in the twilight zone of dementia. Both of them are clearly deluded characters. Yet at the same time she is neither cruel nor lacking in sympathy for their plight.

Mrs Jasper is fairly close to a Dickensian character: she has a black wig tinged with purple, and orthopaedic shoes, and she has clearly lost touch with reality – but the characterisation is not calculated to make her look either ridiculous or pathetic. Similarly Anson Warley is presented as a dreamer, sleepwalking into the perils of old age and death.

It is interesting to note that both of these principal characters are supported by servants who appear to have a genuine concern for their wellbeing. Warley has his valet/manservant Filmore who tries without success to prevent him from going out or exposing himself to health dangers; and Mrs Jasper has Lavinia, a family servant who seems to be almost as old as herself, and whose chief concern is to protect her mistress from embarrassment and exposure to problems.

Also of note is the financial dependence of some of the servants. Miss Cress has every reason to keep Mrs Jasper happy, because her job depends upon it. And she imputes similar sympathetic views to Lavinia as they deal with the issue of the ageing (and absent) butler Munson

and all because poor old Munson’s memory was going, like his mistress’s, like Lavinia’s, and because he had forgotten it was one of the dinner nights … the tears were running down Lavinia’s cheeks, and Miss Cress knew she was thinking “If the daughters send him off—and they will—where’s he going to, old and deaf as he is, and all his people dead? Oh if only he can hold on until she dies, and get his pension …”

There is a very well organised structure to the story. Two characters. Anson Warley and Mrs Jasper, are preparing themselves for a dinner party later in the evening. They both have servants who help them dress. Both of them have had strokes and are losing touch with the real world. Both of them think they are being harassed or deceived by the people around them. And they are preparing for a dinner which is not scheduled to take place – but which does.

Warley has forgotten where he is supposed to be going. Mrs Jasper only has imaginary dinner parties. Yet because of ancient social connections between them he ends up being an uninvited guest at her house, and they dine together in sublime ignorance of the fact that nobody else is there.

Part of the humour in the story is created by the disparate cultural references which emphasise the differences between the time frame in which the characters are living imaginatively and that in which they actually exist. When Warley goes out his reflections are linked to the real world Manhattan where he lives:

The doctors, poor fools, called it the stomach, or high blood-pressure; but it was only the dizzy plunge of the sands in the hour glass, the everlasting plunge that emptied one of heart and bowels, like the drop of an elevator from the top of a sky-scraper.

In contrast, when the imaginary dinner party is about to begin, Mrs Jasper thinks she hears horse drawn carriages arriving – a clear reference to the nineteenth century which she still inhabits.

Part I.   Anson Warley is an ageing New York bachelor who once had high cultural aspirations, but he has left them behind to give himself up to the life of a socialite and dandy.

Part II.   Despite signs that his health is failing, he chooses to dine out nightly, ignoring the cautions of his manservant Filmore. On the morning of the story he has had a minor stroke which has left him looking pale through lunch, but he is determined to go out to dinner with a few friends.

Part III.   Meanwhile Mrs Evelyn Jasper, a society hostess, is preparing to dress for an elaborate dinner. She is an elderly woman who wears a black wig and orthopaedic shoes. She is suffering from a form of dementia following a stroke, and is protected from reality by an equally old servant who is a family retainer. She imagines guests are arriving in carriages and recites a list of their names, including some who are already dead. Her jewellery is recovered from a safe, and she goes down to the dining room.

Part IV.   Displaying signs of confusion, Anson Warley dresses for dinner and refutes Filmore’s warnings about the night being cold. Once out on Fifth Avenue he suddenly realises that he doesn’t know where he is dining. Mrs Jasper enters his thoughts as he just happens to be passing her house – so he assumes that is where he is supposed to be going.

Part V.   As Anson Warley arrives at the house the staff are appalled at the social embarrassment likely to ensue. Warley has not been invited; there are no other guests; and the staff are worried that the shock might be fatal to Mrs Jasper.

But Mrs Jasper comes into the dining room supporting Warley on her arm and they dine as if everything were normal, exchanging formulaic conversation, and as if they were surrounded by other guests. The footman George serves mediocre food and passes spa water off as wine. At the end of the dinner Mrs Jasper invites Warley to join her after he has had cigars with the other male guests.

Part VI.   Warley’s temperature has been rising all day. Leaving the house, he struggles to get into his coat, and he thinks he is ‘going on’ to some other social event. However, as soon as the cold night air hits him, he dies on the pavement. 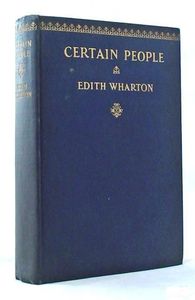