What is clear thinking? 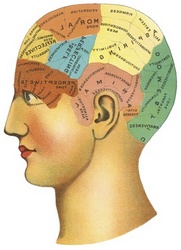 Clear thinking is the ability to express ideas in a simple and straightforward manner. It also involves the ability to analyse statements and follow logical arguments. Some people imagine it means being super-clever or having a high IQ. Others think it’s the ability to solve really difficult puzzles or unravel complex statements. But in fact it’s none of these things.

Clear thinking means that you have the ability to

Why is clear thinking important?

Clear thinking is a vital part of effective communication – in business, education, and all forms of intellectual life. It’s what’s called a ‘core skill’ which will enable you to think, speak, and write in an effective manner.

Clear thinking is required when you wish to –

What is required for clear thinking?

Clear thinking is a search for precision, clarity, and truthfulness. You can develop the skills required by breaking down what you say and write into small and simple units. Simplicity usually leads to greater clarity. You also need to analyse arguments and recognise their underlying logic.

You need to pay very close attention to the small details of what you say, read, and write. The claims you make must be expressed in a clear and logical manner, and should be based on facts or evidence. The claims other people make should be inspected very closely and examined for their truthfulness, their logic, and their validity as arguments.

An example of clear thinking

What follows is an extract from a letter to a newspaper. It’s from a reader protesting about the reorganisation of secondary schools. And it is very typical of the sort of everyday argument you might hear in a pub or on a radio or TV discussion.

Read each paragraph carefully, and give some thought to every one of the separate statements made. Ask yourself – Is this really true? Is this a valid argument? And then compare your conclusions with the comments that follow.

Recently you said that our schools are failing, something that many parents have felt for years. Let this be the start of a campaign to restore educational standards in our schools.

We once had an educational system which was the envy of the world. Now our schools have been ‘kidnapped’ by theorists, reformers, and the political pirates of the far Left.

The first battle of this campaign is already being fought. Parents in Manchester are engaged in a fight against the Labour council’s plans to reorganise secondary schooling, involving the closure of ten of the best schools in the city. These are ones with excellent academic records and traditions which go back beyond the beginning of the last century.

schools are failing
Failing to do what, exactly? This is the sort of expression of complaint you will hear in any saloon bar conversation or read in a tabloid newspaper. Presumably the writer means a failure to educate children properly. But is there any hard evidence that schools in general are worse than they were in the past? After all, exam results seem to improve almost every year. And if you think about it for a moment, most people a hundred years ago were not educated at all, so the general level of education is likely to have risen rather than to have fallen.

restore educational standards
This is part of the same unsupported claim that the quality of education is falling. But it is just as difficult to obtain an ‘A’ level in maths today as it was twenty or fifty years ago – so that is one standard which has not fallen. And the total number of children achieving these qualifications is greater, not less than before – so that is another.

We once had an educational system which was the envy of the world
This is another claim made without any evidence to support it. It is a supposition, or a commonly held opinion which may or may not be true. After all, if it were true, why have so many countries created educational systems organised on lines completely different to ours? Moreover, the ‘system’ the writer refers to was one which only dealt with an extremely small proportion of children, all of whom came from the middle and upper classes.

theorists, reformers, and the political pirates of the far Left
This is what’s called very emotive language. The suggestion being made here is that people who theorise about something lack practical experience and only deal in opinion (though the writer is doing just the same thing). The term ‘reformers’ is being used to suggest making things worse. that politicians of the far Left are going to steal something (which is what pirates do).

traditions which go back beyond the beginning of the last century
The implication here is that anything which has lasted so long must be good and should be left unchanged. It’s true that the traditions may well exist, but that is not necessarily a reason for resisting educational reforms. Nor does it mean that they are necessarily good – just because they have lasted so long.

There are three general points to be made about this example, and which are closely bound up with the discipline of clear thinking.

One
Your first reaction might be that these are nit-picking objections to the arguments in the letter. After all, we don’t expect people who write to newspapers to be professional philosophers, do we? But this is an example of how we should challenge assumptions and arguments (even our own) if we are to develop the habit of clear thinking. The challenge of thinking clearly is to ask of everything Is this really true?. This might seem at first to be a negative attitude to take, and it will probably slow down the enquiry. But it is a necessary first step.

Two
Despite all the observations made above, it is still possible that the letter writer could be correct. It’s possible that the quality of educational provision in the Manchester area is falling. The problem is that the arguments used in the latter are badly flawed and not persuasive. This feature of clear thinking comes under the heading of valid and invalid arguments.

Three
You might notice that the weakness of these arguments are closely connected to a sloppy and imprecise use of language. Terms such as failing, standards, and traditions are too casual, vague, and ambiguous in this context. It’s for this reason that if we wish to develop the skills of clear thinking, we must pay close attention to the way we use words.