Down Below is a psychiatric memoir by the surrealist painter Leonora Carrington. She was the headstrong, rebellious daughter of an upper middle-class English family. At nineteen she ran away to Paris with the German artist Max Ernst who was married at the time. They lived together in the south of France and had dreams of a glorious future together. But at the outbreak of the Second World War he was arrested by the Gestapo as a ‘decadent aesthete’ and was lucky to escape to America. Left alone, Carrington was utterly devastated. She was forced to move to Spain, where she had a complete mental breakdown and was sent to a lunatic asylum. That is the background to this gruelling first-person account of her experiences. 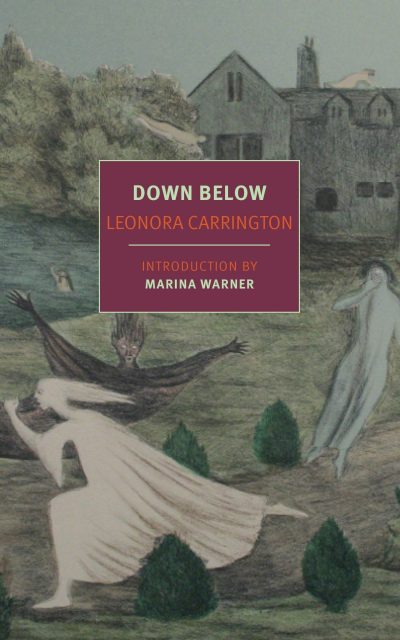 Her narrative takes the form of a diary which purports to be written over a few days in the summer of 1943: (in fact it was written and re-written later). She describes her departure from the Ardeche in a hallucinatory manner in which her mind seems detached from her body, and that body is only obliquely related to the material world through which she moves.

She escaped via Andorra to Madrid where she lapsed into a delusional and even paranoid state. She compulsively gave away her belongings, claimed that she was gang raped, and imagined herself merging with the animal world. Perhaps as an understandable reaction she began bathing compulsively. She believed that the citizens of Madrid were being hypnotised, and reported to the British Embassy her plans to bring about world peace by ‘metaphysical forces’.

The plans included liberating General Franco from his ‘political somnambulism’, all of which she transmitted even to the offices of ICI, where her father was a director. She was eventually tranquilised and taken to a sanatorium in Santander for the dangerously and incurably insane.

There she became violent, behaved like a wild animal, and was restrained with leather straps. None of the treatment improved her condition, and she was reduced to a naked, animal-like state, living in her own excrement. She imagined she had visitors – Prince Rainier of Monaco and the Marquis of Silva, both of whom (she claimed) had been hypnotised by an evil German called Van Ghent. Her family never visited her whilst she was incarcerated: they sent a governess instead.

All the furniture was removed from her room and she was given injections of Cardiazol, which induced epileptic fits of an appalling severity. This eventually seems to have improved her condition, for she was transferred to a less severe recuperation unit. However, she continued to suffer from quasi-religious delusions. She imagined that she was Jesus Christ, and she would soon become the reincarnation of Queen Elizabeth I.

Gradually, she was allowed more liberty and went to stay in an open ward which she called ‘Down Below’. From there she was eventually released and taken back to Madrid – but only to be threatened with another sanatorium in South Africa. A ship bound for Africa was ready and waiting in Lisbon. But when she was taken there she gave everyone the slip and threw herself on the mercy of the Mexican Embassy where she had a contact.

The stratagem worked. She formed a marriage of convenience with the Portugese diplomat Renato Leduc, and they sailed for New York, then to Mexico City, where she lived for the rest of her life. It’s a harrowing story – but one with a reasonably happy ending. She feared a relapse into lunacy, but was mercifully spared. She became celebrated in Mexico and established a reputation as a painter that has been growing ever since.