Honeymoon was probably written in Paris and first appeared in the Nation and Athenaeum on 29 April 1922. The setting is not specified but seems to be the south of France, and the two characters in the story are ‘abroad’ which suggests that they are probably from New Zealand. In the workbooks for her writing Katherine Mansfield classified many of her stories by the designation L. or N.Z. according to their setting of London or New Zealand. 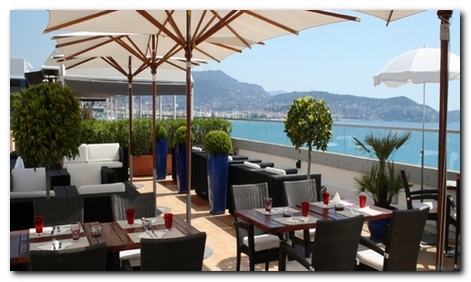 George is like many of the male figures in Mansfield’s stories – a catalogue of gaucheness and insensitivity. He summons cabs in a peremptory manner which worries Fanny; he speaks French badly; thinks living in a villa would be ‘deadly’ unless surrounded by other people; deals badly with the restaurant manager; is xenophobic; and congratulates himself on his rudeness.

Whilst Fanny wants to stay at their ‘little table’ and feels that ‘nothing matter[s] except love’, George suddenly wants to go back to their hotel – the clear implication being that since he feels a flush of physical well-being, he intends to have sex with her.

The story is related largely from Fanny’s point of view, so we are presented with a rather negative character sketch of a male as perceived by a female – which is one reason why Katherine Mansfield is admired by feminists. Much of this presentation is made by understatement and implication, so none of her criticism is explicit. Indeed, Fanny is full of admiration for this man she has married – which is why it is important to register distinctions between Fanny’s views and those of the Mansfield-as-narrator.

‘Here you are, sir. Here you will be very nice,’ coaxed the manager, taking the vase off the table , and putting it down again as if it were a fresh little bouquet out of the air. But George refused to sit down immediately. He saw through these fellows; he wasn’t going to be done. These chaps were always out to rush you. So he put his hands in his pockets, and said to Fanny, very calmly, ‘This all right for you? Anywhere else you’d prefer? How about over there?’ And he nodded to a table right over the other side.

What it was to be a man of the world! Fanny admired him deeply, but all she wanted to do was sit down and look like everybody else.

George is gauche and immediately in conflict with the manager. He congratulates himself on his antagonistic view of the interchange, and his suggestion for alternative seating puts everyone into an awkward position. Fanny naively perceives his behaviour as masterful – and yet her instinct is for a simpler, calmer resolution to the episode.

Thus we are provided with three points of view in this one brief scene: the narrator’s perceptive image of the manager’s gesture; George’s self-congratulatory egoism; and (simultaneously) Fanny’s naive admiration of her new husband at the same time as her instinct for a more sensitive response to the situation.

A young couple, George and Fanny, are on their honeymoon on the Mediterranean coast. George is a forceful and positive character, whilst Fanny is rather hesitant and uncertain about herself.

After shopping they decide to go for tea to a hotel-restaurant on the sea front. George patronises their cab driver, and Fanny feels a sense of trepidation at the freedom afforded her by her state of being as a newlywed.

At the restaurant George resists the manager’s attempts to control them, and Fanny admires his masculinity but wonders if he wants to understand her at a deep level.

Meanwhile a small group of musicians begin playing whilst they take their tea. Then the group is joined by an old man in faded clothes who sings in Spanish with passion and fervour.

Fanny is moved by the experience and wonders existentially about the cruelty and suffering in life; but George reacts differently, feeling optimistic and physically stimulated.

George suggests that they go back to their hotel at once, before the man can start singing again – so they leave.