techniques for getting started 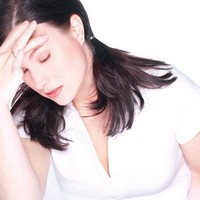 1. Writer’s block is much more common than most people imagine. But it can be overcome. Don’t imagine that you should be able to write impeccably at your first attempt. Most successful writers make several drafts of their work. They edit what they write, correct mistakes, make additions and deletions, and generally re-write extensively. Writing fluently and clearly is an advanced skill.

2. Don’t just sit staring at the blank piece of paper or the editing screen: it will only make you feel worse. Do something else, then come back to the task. Best of all, write something else – something you know you can write. This will help you to feel more confident.

3. Do some different type of writing as a warm-up exercise. Write a note or a letter to one of your friends. Re-write some of your earlier work, or just write something for your own amusement. This may help to release you from the blocked condition.

4. Don’t try composing in your head if you get stuck. Put down even your scrappiest ideas, so that you can see what you are dealing with. It may help you to identify any problems which are holding you back. If in doubt, put it down anyway. You can always delete it or change it later.

5. Get used to the idea of planning and making notes for what you are going to write. Don’t try to work with all the information stored in your head. A sound working plan and good notes will take the strain off you – and will prompt you with ideas, which in turn will prevent any ‘blocks’ developing.

6. Be prepared to make two or three attempts at anything you write. The first may not be very good, but it can be corrected, altered, changed – or even thrown away. Nobody need see your first attempts, so you don’t need to worry how bad they are – provided you pass on to a second or a third draft.

7. Some people develop a block because they think that mistakes and crossings-out on the page will result in ‘wasted paper’. Use scrap paper for your first drafts. The most common causes are a lack of preparation and the misguided idea that it is possible to write successfully at the first attempt.

8. If you are using a computer, you might try printing off your first attempts and editing them on paper. Some people work best in this combination of two mediums. Even professional writers edit on both screen and paper.

9. Writer’s block is a very common problem. Even experienced writers sometimes suffer from it. Don’t think that you are the only person it affects. What you need to know is how to get out of the blocked condition.

10. Here are some statements made by people suffering from writer’s block. They could help you identify your own case if you have this problem. They are followed by tips on how to effect a cure.

‘I’m terrified at the very thought of writing’

Cause – Perhaps you are just not used to writing, or you are out of recent practice. Maybe you are over-anxious and possibly setting yourself standards which are far too high.

Cure – Limber up and get yourself used to the activity of writing by scribbling something on a scrap of paper or keying in a few words which nobody else will see. Write a letter to yourself, a description of the room you are in – anything just to practise getting words onto paper. Remember that your attempts can be discarded. They are a means to an end, not a product to be retained.

Cause – Maybe you have not done enough preparation for the task in hand, and you don’t have any notes to work from and use as a basis for what you want to say. Perhaps you haven’t yet accumulated enough ideas, comments, or materials on the topic you are supposed to be discussing. Possibly you have not thought about the subject for long enough.

Cure – Sort out your ideas before you start writing. Make rough notes on the topics you wish to discuss. These can then be expanded when you are ready to begin. Brainstorm your topic; read about it; put all your preliminary ideas on rough paper, then sift out the best for a working plan. Alternatively, make a start with anything, then be prepared to change it later.

Cause – Maybe you have not done enough preparation on the topic in question and you are therefore short of ideas or things to write about. Perhaps you do not have rough notes or a working plan to help you make a start. Maybe you are frightened of making a false start or saying the wrong thing.

Cure – Make notes for what you intend to write about and sort out your ideas in outline first. Try starting yourself off on some scrap paper or a blank screen. You can practise your opening statement and then discard it once you are started. Put down anything that comes into your head. You can always cross it out or change it later.

‘It’s just a problem of the first sentence’

Cause – These can be quite hard to write! There is quite a skill in striking the right note immediately. You may be thinking ‘How can I make an introduction to something which
I have not yet written?’ Maybe you have not created a plan and don’t know what will follow any opening statement you make. Perhaps you are setting yourself standards which are much too high or unrealistic. Maybe you are fixated on the order of your statements – or just using this as an excuse to put off the moment when you will have to start.

Cure – Leave a blank space at the beginning of what you are going to write. The first sentence can be written later after you have finished the rest. Make a start somewhere else and come back to it later. Alternatively, write any statement you wish, knowing that you will change it later.

‘I’m not quite ready to start yet’

Cause – This could be procrastination, or it’s possible that you have not finished digesting and sorting out your ideas on the subject.

Cure – If it is procrastination, then use the warming up procedure of writing something else of no importance just to get yourself into the mood. If it is not, then maybe you need to revise your notes, drum up a few more ideas, or make a working plan to give you a point from which to make a start.

‘I’ve got too much information’

Cause – If you have several pages of notes, then maybe they need to be digested further. Maybe you have not selected the details which are most important, and eliminated anything which is not relevant.

Cure – Digest and edit your material so as to pare it down to what is most essential. Several pages of notes may need to be reduced to just one or two. Don’t try to include everything. Draw up a plan which includes only that which is most important. If your plan is too long, then condense it. Eliminate anything which is not absolutely necessary for the piece of work in hand.

‘I’m just waiting for one small piece of information’

Cause – Maybe you feel that a crucial piece of background reading – a name, or just a date is holding you up. You may be waiting for a book to be returned to the library. But this is often another form of procrastination – making excuses so as not to face the task in hand.

Cure – Make a start without it anyway. You can always leave gaps in your work and add things later. Alternatively, make a calculated guess – which you can change if necessary at a later stage when you have acquired the missing information. Remember that your first draft will be revised later anyway. Additional pieces of information can be added during the editing process.

Cause – Maybe you are being too hard on yourself and setting standards which are unnecessarily high. However, this can sometimes be simply a fear of putting yourself to the test.

Cure – Be prepared to accept a modest achievement at first. And remember that many people under-rate their potential ability. It is very unlikely that anybody else will be over-critical. If you are a student on a course, it is the tutor’s job to help you improve and become more confident.

‘I’m stuck at the planning stage’

Cause – This may be a hidden fear of starting work on the first draft, or it may possibly be a form of perfectionism. It may be that you are making too much of the preparation stages, or alternatively that you are stuck for ideas.

Cure – Make a start on the first draft anyway. You can create a first attempt which may even help you to clarify your ideas as you are writing it. This first draft may then be used to help you devise and finalise another plan – which can then be used as the basis for your second or final draft.

‘I’m not sure in what order to put things’

Cause – Maybe there are a number of possibilities, and you are seeking the best order. Perhaps there is no ‘best’ or ‘right’ order. You are probably looking for some coherence or logical plan for your ideas.

Cure – Draw up a number of different possible plans. Lay them out together, compare them, then select the one which seems to offer the best structure. Be prepared to chop and change the order of your information until the most persuasive form of organisation emerges. Make sure that you do this before you start writing, so that you are not trying to solve too many problems at the same time once you begin.

Cause – You may be so anxious to produce good work that your fear of making a mistake is producing the ‘block’. Alternatively, this may be a form of striving for the impossible, or setting yourself unreachably high goals so as to create an excuse for not starting.

Cure – Your first efforts should only be a draft, so you can check for mistakes at a later stage. Be prepared to make a start, then deal with any possible errors when you come to re-write the work later. Very few people can write without making mistakes – even professional authors – so there is no need to burden yourself with this block.