>> Home / Tutorials / Short Stories / The Awakening and Other Stories 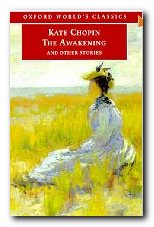