The Verdict first appeared in Scribner’s Magazine, number 43 for June 1908. The story was subsequently included in Edith Wharton’s collection of short fiction, The Hermit and the Wild Woman and Other Stories published by Charles Scribner’s in 1908.

Like her good friend Henry James, Edith Wharton was very fond of writing stories about artists – particularly painters, sometimes writers, but very rarely musicians. And like James she was confronted by the difficulty of rendering an account of a visual medium such as painting in the very different medium of words. It is not easy to say why or how a painting is great or a failure by merely describing it.

This story is essentially a critique of bad art. Gisburn has been a popular success, but the implication is that his work is second rate. Rickham thinks him a ‘cheap genius’. In the absence of any other evidence, we are forced to take Rickham’s word for it that Gisburn is a bad painter:

all the hesitations disguised as audacities, the tricks of prestidigitation by which … he managed to divert attention from the real business of the picture to some pretty irrelevance of detail.

And eventually even Gisburn is forced to recognise his lack of genuine artistic talent when confronted by the (dead) Stroud and his donkey sketch. That is the ostensible subject of the story – the reason why Gisburn gave up painting. But the ironic twist to the tale is that instead of completing the commission to paint Stroud, he recommends another young artist, Victor Grindle – and thereby passes on to him the reputation of fashionable (and shallow) success. As he remarks to Rickham:

the irony of it is that I am still painting – since Grindle’s doing it for me. The Strouds stand alone, and happen once – but there’s no exterminating our kind of art.

The narrator Rickham hears that his friend Jack Gisburn has suddenly given up his successful career as a fashionable portrait painter. The move is regretted by his sitters, but not by fellow painters.

Three years later Rickham visits Gisburn on the Riviera to find out why he gave up painting. Gisburn has married a rich widow and enjoys collecting works of art. But none of his own work is on display in the villa. His wife attributes this to his modesty, but she shows Rickham a portrait of herself which Rickham describes as ‘false virtuosity’.

Gisburn then takes Rickham to his private study where there is a small painting (of a donkey) by a famous artist, Stroud. Gisburn explains it was a gift from the Mrs Stroud, presented to him when he went to paint Stroud’s portrait immediately following his death. Mrs Stroud wanted her husband’s reputation vindicated by a fashionable artist – which was pre-eminently Gisburn at the time.

However, whilst Gisburn was attempting the commission he felt as if Stroud was watching him critically, and he realised that his famous ‘technique’ was just a sham. This is the reason why he gave up painting. Mrs Stroud is disappointed, so Gisburn recommends an upcoming portrait painter Victor Grindle, who completes the commission successfully, and thus takes over Gisburn’s reputation where he has left off. 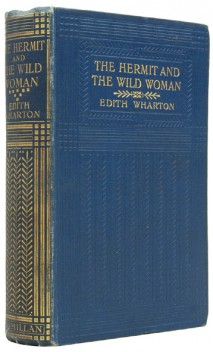