The Wind Blows was first published on 27 August 1920 in the Athenaeum (edited by Katherine Mansfield’s husband John Middleton Murry) and later reprinted in Bliss and Other Stories (1920). 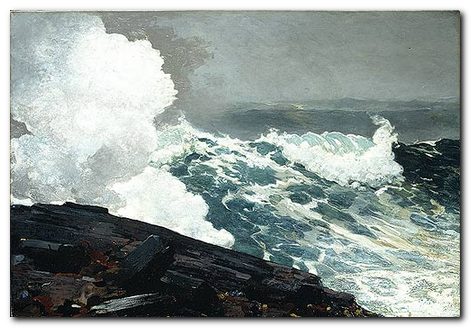 The story is a wonderfully subtle, restrained, and even understated evocation of the emotional turmoil in the maturation process of a young teenage girl. The portrait is composed of her reactions to the people in her life and the atmosphere of her surroundings. To these are added a number of suggestive symbols and metaphors that Mansfield selects to suggest her sexualisation and emotional growth.

These suggestions begin with the phenomenon that gives the story its title – the wind. As every teacher knows, young people are enlivened and even excited by windy weather – and Matilda is no exception. She is woken up by the wind and thinks ‘something dreadful has happened’. But it hasn’t – the disruption is merely a relection of her febrile transitory feelings. She is part way between being a girl and a woman.

Next she thinks that life is ‘hideous and simply revolting’ and she ‘hates’ her mother for trying to control her appearance – particularly her hair. This is clearly a portrait of adolescent unrest, or ‘growing pains’ as they are sometimes known.

She also feels a sense of competition with the girl next door – Marie Swainson – seeing her as reckless and possibly a sexual rival: ‘Her skirt flies up about her waist … she doesn’t mind what she does’. Matilda is also irritated that Marie turns up for her piano lesson ‘hours before her time’, thus breaking the spell of Matilda’s contact with the teacher Robert Bullen.

Mr Bullen uses the language and gestures of seduction. He takes hold of her hands, allows her to rest her head against him, and resorts to a flattering cliché – ‘that rare thing, a woman’. Fortunately for Matilda, the spell of this moment is broken by the arrival of her rival Marie Swainson.

When she goes to the harbour with her brother Bogey she takes her hat off and allows her hair to fall free – defying her mother’s injunction. The height and force of the stormy sea is a clear reflection of the disturbed feelings and potential for liberation that she feels inside herself.

This liberation is confirmed and underscored in the visionary moment of imagining her older self on board the ship, looking back as it leaves the island and sailing out to sea. Matilda then sees her younger self as the girl who cried that day at her music lesson ‘many years ago’. Two separate periods of time are telescoped into one before the story ends on the same note as it began – with the wind.

Matilda is a young teenage girl living in south New Zealand with her mother and her brother Bogey. On a particularly windy autumn day she feels somewhat irritated by life and is at odds with the world, partucularly her mother’s fuss over her appearance and clothing.

She goes to a piano lesson with her teacher Mr Bullen, where she feels soothed by his avuncular manner and the atmosphere of his drawing room. He seems to her a protective and slightly romantic presence, to which she is in the process of yielding when they are interrupted by the arrival of his next pupil, Matilda’s neighbour Marie Swainson.

Back home she continues to feel an existential resentment regarding her home life. When her bother suggests a walk on the esplanade she feels it as a liberation. They go down to the harbour where they see a steamer putting out to sea. She has a vision of herself and Bogey on board the ship as older people, leaving the island and looking back on their youthful past.