1. The purpose (and definition) of paragraphs in essays is that each one deals with just one topic or major point of argument in the essay. That topic or argument should normally be announced in the opening sentence, which is sometimes called a ‘topic sentence’.

2. The sentences which immediately follow the topic sentence should expand and develop the statement, explaining and relating its relevance to the question in general. 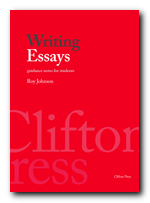 3. This opening statement and amplification should then be followed by evidence to support the argument being made. You should provide illustrative examples which are discussed as an explanation of the central idea.

4. Paragraphs in most academic essays should normally be between 50 words minimum and 200 words maximum in length. They could be longer if you were explaining a topic in detail in an extended piece of work.

5. The last sentence of a paragraph should try to round off consideration of the topic in some way. It may also contain some statement which links it to the one which comes next.

6. Consecutive paragraphs may be linked with terms such as ‘However’ and ‘On the other hand’ so as to provide a sense of continuity and structure in your argument. If you are in any doubt however, let them stand separately and speak for themselves.

7. The recommended structure of a typical paragraph in academic writing is as follows. It is rather like a smaller version of the structure of a complete essay.

8. What follows is an example taken from an essay written in response to the question ‘Discuss the case for and against political censorship of the media.’

The arguments against political censorship however can be made on grounds which are surely just as firm. The moral arguments usually centre on notions of ‘freedom of information’ and the individual’s ‘right to know’. The legal arguments point to inconsistencies in current regulations as applied to the various forms of media (books, television, newspapers) and to differences in the law between the UK and other western countries. There are also a number of social and political arguments ranging from objections of class bias in the composition of those bodies which frame regulations, to similar objections to the ownership and control of the various forms of media. Exploring each one of these arguments in turn, it is possible to see that the case against political censorship can be just as strong.

9. Avoid very short paragraphs which contain only one or two sentences. These are sometimes used in fiction or journalism for dramatic effect. In an academic essay however, this device does not allow you to develop an argument or discuss evidence.

10. Remember – a paragraph normally deals with a single unit of meaning or argument. This should normally be identified at the stage of planning an essay.