A Most Extraordinary Case first appeared in The Atlantic Monthly for April 1868. The first book text was in the collection Stories Revived published in London and New York by Macmillan in 1885. 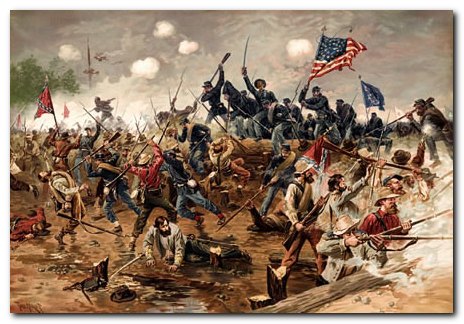 A Most Extraordinary Case – critical commentary

In 1861 Henry James injured his back helping to pump water during a fire at Newport (RI). His father Henry James Snr had him examined by Dr Bigelow, an eminent physician at Harvard Medical School, who pronounced that there was nothing organically wrong with the young man. Nevertheless, by the time Henry James’s name was selected for military service in the Union Army in 1863, he was excused service because of what he described as ‘that obscure hurt’.

James was very ambiguous regarding his affliction, and yet he used it as a personal metaphor to identify himself with the war and the pain and suffering that he witnessed at first hand amongst the combatants he visited in field hospitals after battles. It is therefore perhaps not fanciful to see the curiously undefined illness from which Colonel Ferdinand Mason is suffering as both a parallel to James’s own condition and a metaphor for public suffering because of the war.

Perhaps the really most extraordinary thing about the story is the amazing episode when Mason comes close to making a full declaration of his feelings to Caroline whilst they are on their countryside excursion. The two characters are circling round each other emotionally when she detaches herself to explore some rocks by the water’s edge. She returns with a torn dress:

“You have torn your dress,” said Mason.
Miss Hoffmann surveyed her drapery. “Where, if you please?”
“There, in front.” And Mason poked out his walking-stick, and inserted it into the injured fold of muslin. There was a sudden unexpected violence in the movement which attracted Miss Hofmann’s attention. She looked at her companion, and, seeing that his face was discomposed supposed that he was annoyed at having been compelled to wait …
Mason had planted his stick where he had let it fall on withdrawing it from contact with his companion’s skirts, and stood leaning against it, with his eyes on the girl’s face.

It is unusual for James to use such very explicit symbolism: he is normally much more subtle. But it should perhaps be borne in mind that he was only twenty-five when he wrote this story, and it is even possible that he was unconscious of the suggestive nature of this episode. Not that this matters: we should ‘Trust the tale, not the teller’.

A Most Extraordinary Case – ptudy resources

A Most Extraordinary Case – principal characters

A Most Extraordinary Case – plot summary

Part I.   In 1865 at the end of the American Civil War, Colonel Ferdinand Mason is recovering in a seedy New York hotel when he is visited by his aunt Mrs Maria Mason. She wishes to help him recuperate in her own home. The next day he arrives there.

Part II.   Mason is looked after by Dr Knight, to who he describes his state of demoralisation. He has spent years in scholarship, then three years of arduous war service. He becomes more domesticated under the influence of his aunt.

Part III.   Caroline Hofmann is a beautiful and well-educated young woman who has toured Europe and turned down a number of offers of marriage. His aunt asks him not to fall in love with her. Mason spends his time going for drives, reading, and admiring Caroline.

Part IV.   Mason and Dr Knight listen to Caroline playing the piano, then discuss his prospects of recovery. The doctor advises him to allow a full year for the process. Mason is thin and weak, and feels pessimistic about his future.

Part V.   Mason assists his aunt and Caroline to get ready for a party, and then suddenly feels faint. Next day the doctor enthuses about Caroline’s energy at the dance and her good looks.

Part VI.   Mason doesn’t think he has the human resources that Caroline would require from a man. He is in love with her, but acts with consummate restraint. She takes him on an excursion into the countryside, where he comes very close to revealing his true feelings about her.

Part VII.   But the next day he is ill again, and remains so for the next three weeks. Caroline moves out to live with some friends the Stapletons, and returns slightly changed, possibly because of the attentions of her friend, George Stapleton.

Part VIII.   But following another visit from doctor Knight Mrs Mason reveals to Ferdinand that Caroline and the doctor are engaged. Mason is pained by the news, but feels he ought to face the blow stoically. Nevertheless, when Caroline goes to stay with her future mother-in-law, Mason misses her terribly. He reads voraciously to distract his attention, and Mrs Mason helps him to plan a future in Europe, where she intends to live.

Part IX.   Mason finally has enough strength to attend a party, where he is a big social success in the company of Caroline and her friend Edith Stapleton. However, this episode is followed by another collapse of his health. He changes his will in favour of his friend doctor Knight, and dies shortly afterwards.