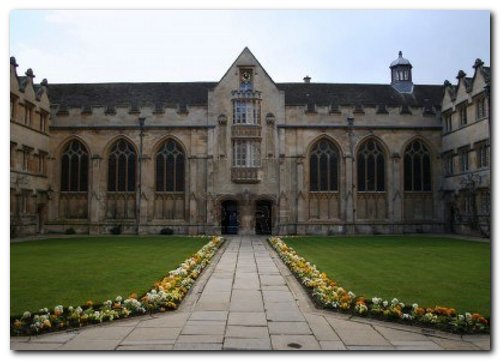 Quite apart from the subject of this tale, the settings are like a snapshot albumn of Henry James’s love affair with England – a relationship which was to culminate with his taking out British citizenship in 1915, shortly before his death.

The scenes are all very traditional – the English city inn (pub) with its mahogany snugs; Hampton Court Palace and its gardens; an English country estate with stately home and portraits of ancestors; Oxford University with ancient grey buildings and lawned courtyards.

The tale has an on-off relationship with conventional listings of James’s ghost stories – but it certainly qualifies as a variation on his exploration of this genre. Sloane is a person who is in a feverish state, somewhere between life and death. And whilst in this state, confronted with concrete evidence of his connections with the family, he both identifies with the ghost of an ancestor and imagines himself to be one ghost who can haunt another. Shortly after this he ‘encounters’ the vision of his ancestor.

As he approaches death, he believes that he has attended Oxford University in the form of his historical relative, and can ‘remember’ how things were then. Since Oxford clings to its traditions so fiercely, very little will have changed in the intervening hundred years or so.

When Sloane takes to his Bath chair, he is pushed around by the old man who turns out to have a very similar life history. He too was once prosperous, but has fallen from grace. He too has a well-to-do relative who is not helping him. Searle’s gift of his last five pounds seals the bond between them.

Part I.   An un-named narrator is staying in London, en route from Europe to America. He describes the traditional interior of an old city-centre inn. Two fellow Americans dine in an adjacent cubicle. Mr Searle is lean, sickly, and disappointed regarding a claim on some property in England. Mr Simmons has been making enquiries on his behalf, and failed. He offers to take Searle back to the USA at his own expense, but the offer is refused. Searle says he will stay in England until his last remaining money runs out, and he dies.

Next day the narrator goes to Hampton Court where he meets Mr Searle. They have lunch together, and Searle relates his story. He was a young man of fine tastes who fell on hard times. Knowing that there was an old family claim to an English estate, he dispatched Simmons who at first gave him hope, but the previous night has revealed that he has no claim at all. Searle is now bankrupt, and the property is owned by Richard Searle, a distant relative. The narrator offers to help him double-check his claim.

Part II.   They travel to Lackley Park in a picture-book English setting and visit the Hall. The housekeeper shows them round. Searle spots a portrait of an older relative Clement Searle who he closely resembles, and reveals himself as a member of the family. They also meet Miss Searle, his distant cousin. Searle feels himself at home, and even the household dogs take a liking to him. The narrator makes romantic connections between the two cousins.

Part III.  The two visitors are enthusiastically invited to stay, but when they then meet the owner Richard Searle he is not sympathetic to either of them. Richard Searle tells them the history of his ancestor Clement. He had a secret lover, a clergyman’s daughter, who was with child which died when the Searle family rejected her. Clement Searle died at sea, en route to America. The house is haunted by the ghost of the clergyman’s daughter. Feeling a very close family connection, Searle proposes himself as the ghost of Clement Searle to haunt her in return. He becomes tipsy and unguarded.

The narrator promotes Searle to his cousin, but they are challenged by Richard Searle about the claim on his property which solicitors have revealed to him. There is a general argument, and Richard Searle accuses his relative of making false claims and trying to corrupt his sister. The narrator and Searle are thrown out, and on their way back to the inn Searle reveals that his cousin has offered to marry him. Later that night Searle sees the ghost of his relative Margaret. Next morning he believes he has the distinction of being a man who is also a ghost.

Part IV.  The two men travel to Oxford where Searle begins to imagine that he is Clement Searle, who attended the University a hundred years or more previously. He goes into raptures about the buildings, grounds, and traditions as if he knows them all well. He begins to fraternise with the current undergraduate students and starts to drink heavily. Searle grows weaker and takes to a Bath chair. They hire an old man to push him round: he too has fallen socially. He has a well-to-do brother and wishes he could go to America, where he thinks he could make good. Searle advises him that they are both failures in life, and gives him his last five pounds.

Searle appears to be near death. The narrator sends a note to his cousin Miss Searle. He gives Searle’s few remaining effects to the old man to pay for his passage to America. Miss Searle arrives with the news that her brother has been killed in a fall from his horse. Searle thinks she is wearing mourning clothes on his own behalf, and dies.