Brooksmith first appeared in Harper’s Weekly and Black and White in May 1891 – a sure sign that Henry James was attentive to the commercial opportunities of simultaneous publication – getting paid for the same story twice over.

James has always been known as a writer of refined sensibility, with a prose style renowned for its demanding complexities and subtelties of meaning; but it is often forgotten that he was a full-time writer who made a considerable part of his income from professional contracts with publishers. Despite the aesthetic demands he sometimes made of his readers, he had one eye closely on the literary marketplace. 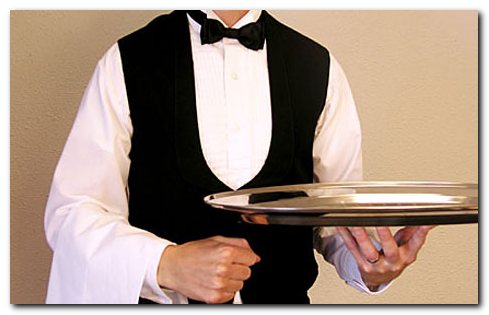 Brooksmith is not much more than a light character sketch, but it is composed in a delicately constructed arc – of the narrator’s appreciation of Brooksmith’s position in society. It starts from the narrator’s realization that Offord’s salon owes its success to Brooksmith’s sensitive ministrations. Brooksmith has become sufficiently attuned to Offord’s sophisticated culture that he is able to anticipate his needs.

Then as Offord himself declines the narrator becomes even more appreciative of Brooksmith as they form a complicit understanding of their relative positions. The narrator also begins to worry about Brooksmith’s future prospects. He realises it will be almost impossible to locate employment offering such a cultivated milieu.

The arc reaches its peak on the death of Offord, and from that point onwards Brooksmith begins his slow decline. He goes from one lower status position to another, at each step sliding down the social scale, until he disappears from society altogether. The narrator’s conclusion (which seems somewhat callous) is that ‘he had indeed been spoiled’.

An anonymous narrator reflects on the successful salon maintained by his friend Oliver Offord, a retired diplomat. He wonders how the success is created and concludes that it is the subtle and tactful influence of Offord’s butler, Brooksmith.

When Offord falls ill and receives fewer visitors, the narrator begins to worry what will become of Brooksmith, who is so much a part of the establishment. When Offord dies, Brooksmith is left eighty pounds, but his employment and role disappear.

The narrator encounters Brooksmith amongst the staff at various other houses, and always feels a sympathetic sadness thatBrooksmith is working at a level which demeans his true value. Brooksmith eventually falls ill, but the narrator is still unable to help him.

Brooksmith gradually falls down the social order of the servant class and is last encountered as a casual waiter-on at a society dinner. No more is heard of him until a poor relative visits the narrator to report that Brooksmith has simply disappeared, and is presumed dead.

Daisy Miller (1879) is a key story from James’s early phase in which a spirited young American woman travels to Europe with her wealthy but commonplace mother. Daisy’s innocence and her audacity challenge social conventions, and she seems to be compromising her reputation by her independent behaviour. But when she later dies in Rome the reader is invited to see the outcome as a powerful sense of a great lost potential. This novella is a great study in understatement and symbolic power, and it has rightly gained a reputation as an oustanding example of the literary genre.