Eugene Pickering first appeared in magazine form in The Atlantic Monthly for October—November 1874. Stories by popular writers William Dean Howells, Mark Twain, and Oliver Wendell Holmes appeared in the same magazine, as well as poetry by Bret Harte and Henry W, Longfellow, The tale was then reprinted in book form amongst A Passionate Pilgrim and Other Tales the following year. 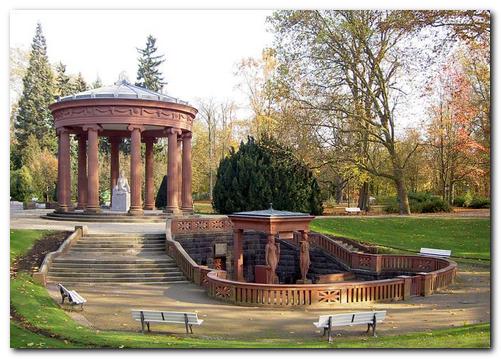 Eugene is not only naive in the ways of the world, having been isolated and cosseted by his father for twenty-seven years, but he is also symbolically short-sighted. He is unable to ‘see’ Madam Blumenthal as the rogue female seductress. She is glamorous, experienced, bohemian, an author, and (according to Niedermeyer) something of an adventuress. What this tale represents then is yet another warning to men about the dangers of forming romantic relationships with women.

Reinforcing this ‘fear of engagement’ element in the first part of the story is the pre-arranged contract of marriage which has been created by Pickering’s father. Eugene Eugene refuses to open the letter (thinking it is a summons to the altar) and wishes to ‘live’ freely before he submits himself to what he clearly sees as the negative experience of Matrimony. This ‘fear of marriage’ motif is a theme to which James turned again and again in his tales – from The Path of Duty to Owen Wingrave

Part I   At Bad Homburg in Germany an un-named narrator sees an old acquaintance Eugene Pickering rather shyly gambling at the tables with an attractive woman who wins money. The two men meet next day, and the narrator recalls how they were schoolboy friends. Pickering has been sheltered and cosseted by an over-protective father who has recently died. He now feels liberated and full of potential, but lacking in strength.

Shortly before his death, his father has made him promise to marry Isabel Vernon, the daughter of an old business associate – a promise he feels obliged to honour. He has received a letter he has not opened, believing it to be a summons to the altar: he asks the narrator to keep it for him for a month whilst he explores his desire to live freely. He also reveals that he has an appointment to meet the glamorous Madam Blumenthal. The narrator advises him to leave Homburg immediately, but he refuses. The next day Pickering has been bowled over with enthusiasm for Madam Blumenthal and feels he has dispelled all his previous diffidence.

Part II   The narrator’s friend Niedermeyer warns him against Madam Blumenthal, saying that she is bohemian, raffish, is critical of marriage, and has been left with little money by her deceased husband. He recounts the story of a strict officer who fell in love with her , but was rejected when he asked her to give up writing novels. She claimed motives of pure art, flings her manuscript into the fire, but publishes it shortly afterwards nevertheless.

The narrator meets her at a concert and finds her very attractive. She claims to be a democrat and a ‘revolutionist’. She asks him to tell her all about Pickering. The narrator realises that Pickering is hopelessly in love with her. He has made a full declaration of love to her, but she says she will respond to him after he has more experience of life and women.

The narrator visits Madam Blumenthal in order to assess her motives and her sincerity. She asks him again about Pickering, because she fears that he is holding something back. The ‘something’ is his engagement to Isabel Vernon, which the narrator then reveals to Madam Blumenthal.

When the two men meet next day, Pickering reveals that he has renounced the promise made to his father, has told Madam Blumenthal about it, and asked her to marry him. She wants three days to decide, and goes to Wiesbaden. Niedermeyer predicts that she will turn the episode into a little romance and then drop Pickering. But Pickering sends a note from Wiesbaden saying that she has accepted him

Some days later however, the narrator visits Pickering in Cologne, where he reveals that Madam Blumenthal has gone back on her word. She was merely testing him to see how far he would go. The narrator then returns the sealed letter he has been keeping for Pickering. It turns out not to be a summons but a dismissal: the girl refused to be bound by her father’s arrangement.

The two men then travel on in Europe, Pickering recovers his spirits, and when they finally reach Venice he is planning to visit Isabel in Smyrna. Six months later he reports that she is a very charming woman.