Four Meetings (1877) is a simple but very touching story which hovers ambiguously between a comic and a tragic tone. As so frequently in James’s work, there is an ‘International’ element to the tale – in this case the powerful attraction which European culture had for Americans. The tension between pathos and bitter irony make it difficult to tell if the story is meant to be taken as mild satire or a form of grim and off-colour humour. It is not unlike his treatment of the same subject in the later story Europe 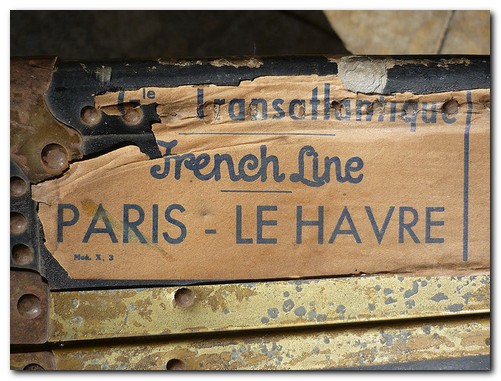 This tale has some of the tensions and reversals of expectation that characterise the typical late nineteenth century story – the sort of tale that might have been written by Guy de Maupassant, whose work Henry James knew well.

Part I. Caroline Spencer’s innocent enthusiasm for European culture is obviously set up as the principal source of dramatic tension in part one of the tale. We want to know if her expectations will be realized when she finally makes the trip to Europe.

Part II. Almost immediately in part two however, this subject is replaced by the dramatic news of her naive belief in her cousin, who she has never met before but has entrusted with all her money. When the cousin turns up, his appearance and behaviour fail to dispel suspicion – especially since he still has some disturbing news to impart to Caroline.

Part III. When the piece of news is imparted it makes matters even worse. He needs her money to pay his bad debts, and the student’s pathetic tale of secret marriage to a disenfranchised ‘Countess’ (relayed to us whilst he tucks into a meal) is quite clearly a fabrication of some sort. Yet Caroline accepts it as the truth, believes she will be repaid, and is prepared to sacrifice her own interests for those of her dissolute relative. This is a peak in the narrative arc of the story, but there is a grim further twist yet to come.

Part IV. Having assumed that the ‘Countess’ was a fiction, we are surprised to learn that there actually is a wife (now a widow) who is continuing to live off Caroline’s generosity. She is a vulgar slattern who gives herself airs and graces; the money has never been returned; and Caroline has lost all interest in visiting Europe.

There are four meetings, but they are arranged in an interesting and highly structured pattern. The first takes place in New England, then there is a gap of three years. The second and third meetings take place in Le Havre within a few hours of each other. There is then a gap of another five years before the fourth meeting takes place, back once again in New England.

Caroline Spencer goes from being a naive and ‘almost like a little girl’ at the start of the story, until at the end (eight years later) ‘She was much older; she looked tired and wasted’.

It’s also interesting to note that at the beginning of the story Caroline Spencer is already dead. The narrator is describing their four meetings retrospectively.

Henry James wrings every possible dramatic variation out of his fascination with American and Europe. In Four Meetings both his principal charcters are Europhiles. The narrator has travelled widely and recorded his impressions in photograph albumns. He knows foreign languages, and has beena nightly visitor to the French theatre. Caroline Spencer is actually even more deeply steeped in its culture, remembering Byron’s lines from The Prisoner of Chillon which he can not. But her enthusiasm is a form of romantic dream, and such is its intensity that the narrator suggests that it is a form of American madness:

You’ve the great American disease, and you’ve got it ‘bad’—the appetite, morbid and monstrous, for colour and form, for the picturesque and the romantic at any price … we have before us the beautiful old things we’ve never seen at all, and when we do at last see them—if we’re lucky!—we simply recognise them. What experience does is merely to confirm and consecrate our confident dream.

The narrator is able to live at ease with his version of the ‘disease’, but Caroline’s dream is shattered as a result of her gullibility in lending money to someone she hardly knows, but who is significantly a fellow American.

The Prefaces of Henry James – Introductions to his works – Amazon UK

An unnamed narrator meets Caroline Spencer on four separate occasions. He is a well-travelled and sophisticated Europhile. She is a simple spinster with a passion for European culture who has saved from her earnings as a schoolteacher to finance her own version of the Grand Tour.

Part I. At the first meeting in New England, the narrator shows her his albumns of travel photographs, which arouses her enthusiasm to fever pitch. She regards Europe as the centre of all culture, and a visit there would be the fulfillment of her dreams.

Part II. Three years later he meets her again by chance in Le Havre, where she has just arrived from America for her much-anticipated visit. However, she has given all her travellers cheques to her cousin (who she has never met before) to exchange for Francs before they go on to Paris, where he is studying art. The narrator fears that she will never see the cousin again, but he does turn up and reveals himself as an unappetizing bohemian.

Part III. A few hours later, fearing that the student might take advantage of his cousin’s lack of experience, the narrator goes to check on Caroline before her train leaves for Paris. He discovers that the student has revealed himself to be heavily in debt, and she has given him all her money. But he is also married to a Countess and will repay the money as soon as he is able. Caroline sails back to America the same day – having spent thirteen hours on European soil.

Part IV. Five years later the narrator is back in New England where he first met Caroline, and decides to call on her. She is living in frugal circumstances, has aged terribly, and she is acting as servant to the ‘Countess’ who has come to live with her following the death of her cousin. The money has never been repaid, and it is quite clear that the Countess is a vulgar fraud. As the narrator reflects, she was ‘no more a Countess than I was a Caliph’.