Giacomo Joyce is a short work written by James Joyce in 1914, immediately after the publication of Dubliners, his collection of short stories. Joyce produced the text when he was living in Trieste some time around 1914. The manuscript comprises sixteen sheets of paper covered in what look like notes. It was rescued by his brother Stanislaus and remained unpublished during Joyce’s own lifetime, passing into the hands of a private collector who has always remained anonymous. 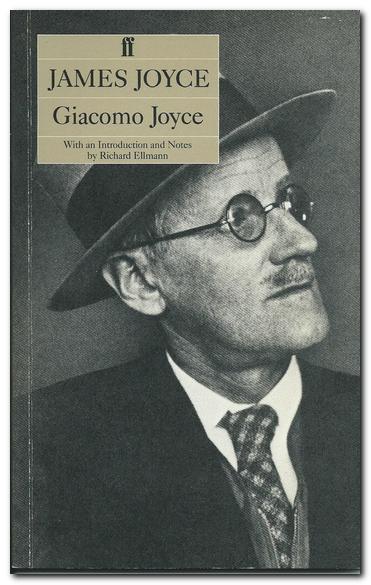 It was first published in a one-time limited edition by the Viking Press in New York in 1968. The text was presented in a slipcase housing a collection of sixteen pages in facsimile. The work was eventually published in commercial paperback format by Faber and Faber in London in 1983.

The current publication is a short book in four parts. The first part is an introductory essay by Richard Ellmann, Joyce’s definitive biographer. His essay places the text in its historical context and explains its provenance.

The second part of the book is the text of the story itself – a page-for-page transcription of the manuscript set in type, with its original widely spaced paragraphs.

Part three is a selection of the original pages reproduced in a facsimile of Joyce’s original spidery handwriting. The fourth part is a set of explanatory notes to references in the text.

This is a remarkably short piece of work, and yet it is rather difficult to categorise in terms of literary genre. It has some of the concentration of a novella in terms of location, theme, and action, but it is really too short to be considered as such. It’s about the same length as a typical short story, yet it is written in such a highly poetical style, it would seem disqualified from that category too.

In his introductory essay Richard Ellmann calls it ‘A love poem which is never recited’ but then later as ‘this most delicate of novels’. Certainly it is not a poem in the conventional sense, and calling it a ‘novel’ is stretching that term way beyond its natural breaking point.

The story is largely cast as an interior monologue, with occasional use of a first person narrative mode. Giacomo’s thoughts and observations are offered in a flow of images and fragments of sentences which often have no subject or finite verb.

There is a great deal of assonance, alliteration, and conscious poetic repetition. Very little distinction is made between thought and speech, and much of the speech itself is unattributed – until the end of the work, when Joyce introduces what was to become his trade-mark use of the dash to mark separate utterances.

The work also reflects Joyce’s incorporation of foreign languages into his work – which was to reach its most extended use in Finnegans Wake. The English text here incorporates Italian, German, Latin, and even a Triestine dialect.

There is very little doubt that the incident is autobiographical in origin. During the narrative Joyce refers to Giacomo as ‘Jamesy’ and ‘Jim’ and at one point refers to his wife as ‘Nora’. Giacomo is the Italian form of the author’s own name James, but it is also a familiar epithet applied in Italy to denote a ‘great lover’.

At the time of its composition Joyce was working in Trieste, Italy (which was then part of the Austro-Hungarian empire). He was giving lectures on literature and teaching English the Berlitz school of languages – just as his protagonist Giacomo is doing.

Ellmann identifies a number of incidents that act as sources for the events of the piece – all of them taking place between 1911 and 1913. Joyce was working on A Portrait of the Artist as a Young Man at the same time – and Giacomo even shows Amalia some of the early drafts of his own work with the same name.

The main theme of the work is that of an older man in unrequited love with a younger woman – something Joyce had discussed with his friend and former pupil Italo Svevo (real name, Ettore Schmitz) who had written a novel on the same theme over a decade previously – As a Man Grows Older (1898).

Ellmann also traces elements of Giacomo Joyce which were later to be reworked directly into passages in Portrait and Ulysses.

A young Irish tutor of English in Trieste is attracted to one of his students. She is a beautiful young Jewess: he is married with a family. Her father passes on her compliments and praise for his skills as a teacher.

He looks up at her house at night and visits her family grave in the Jewish cemetery, fantasising about undressing her.

On a cold morning he joins her in church for mass, then he lectures on Hamlet. She is suddenly taken away for the removal of her appendix.

He gives her the manuscript of his novel to read (A Portrait of the Artist as a Young Man) and watches her from a distance at the opera.

He then fantasises on the fact that her hands have touched his manuscript and she has shared his written thoughts.

His friend Gogarty arrives to discuss Ulysses and he is reclaimed from his fantasies about the girl by a kiss from his wife Nora.

He feels that he must pass from a youthful to a more adult state of being – and that he must write about the experience.

Envoys of the Other (essays) – Amazon UK

Envoys of the Other (essays) – Amazon US 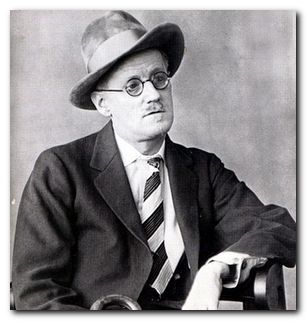 This short selection of James Joyce web links offers quick connections to resources for further study. It’s not comprehensive, and if you have any ideas for additional resources, please use the ‘Comments’ box below to make suggestions.

James Joyce at Project Gutenberg
A limited collection of free eTexts in a variety of digital formats.

James Joyce at the Internet Movie Database
Adaptations for the cinema and television – in various languages. Full details of directors and actors, plus box office, technical credits, and quizzes.

An Annotated Ulysses
An online version of Ulysses with hyperlinks giving explanations of obscure and classical references in the text.

Cornell’s James Joyce Collection
Cornell University – a collection of letters, manuscripts, and books documenting the life and work of James Joyce on exhibition in 2005. Particularly strong on Joyce’s early life.

The Cambridge Companion to James Joyce contains eleven essays by an international team of leading Joyce scholars. The topics covered include his debt to Irish and European writers and traditions, his life in Paris, and the relation of his work to the ‘modern’ spirit of sceptical relativism. One essay describes Joyce’s developing achievement in his earlier works (Stephen Hero, Dubliners, and A Portrait of the Artist as a Young Man). Another tackles his best-known text, asking the basic question ‘What is Ulysses about, and how can it be read?’ The issue of ‘difficulty’ raised by Finnegans Wake is directly addressed, and the reader is taken through questions of theme, language, structure and meaning, as well as the book’s composition and the history of Wake criticism.