chronology and works of  The Master 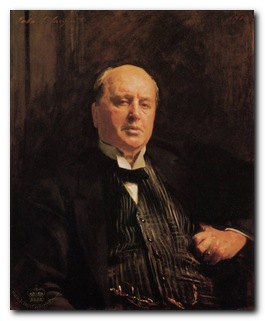 1843. Henry James was born on 15 April at Washington Place, New York City. His grandfather was one of the first American millionaires. Father a theologian and philosopher. James’s brother William became psychologist and author of Varieties of Religious Experience.

1845-55. Childhood in Albany (State capital) and New York City, plus travelling in Europe.

1855-58. Attends schools in Geneva, London, and Paris, and is privately tutored.

1859. At scientific school in Geneva. Studies German in Bonn.

1865. His first story in Atlantic Monthly – prestigious journal which went on to publish more of his work.

1869-70. Travels in England, France, and Italy. Death of his beloved cousin, Minny Temple.

1870. Back in Cambridge (MA). Published first novel, Watch and Ward.

1872-74. Travels with his sister Alice and aunt in Europe – greater part in Paris and Rome. Begins Roderick Hudson.

1878. His story ‘Daisy Miller’ establishes his fame on both sides of the Atlantic. Writes critical essays French Poets and Novelists.

1879-82. Writes the great novels of his ‘early’ to ‘middle’ periods – The Europeans, Washington Square, Confidence, The Portrait of a Lady.

1884-86. Resumes residence in London. His sister Alice comes to live near him. Publishes fourteen-volume collection of his novels and tales.

1886. Takes flat in De Vere Gardens. Publishes The Bostonians and The Princess Cassamassima.

1887. Long stay in Italy, mainly in Florence and Venice. ‘The Aspern Papers’, The Reverberator, ‘A London Life’. Friendship with Constance Fenimore Woolson (grand-niece of Fenimore Cooper) but remains a bachelor.

1889. James begins to take an interest in the theatre – publishes The Tragic Muse.

1890-01. ‘The Dramatic Years’ James seeks to gain a reputation in the theatre. Dramatises The American, which has a short run. Writes four comedies, which are rejected by producers.

1894. Miss Woolson commits suicide in Venice. James journeys to Italy and visits her grave in Rome (c.f. – ‘The Beast in the Jungle’).

1895. His play Guy Domville is booed off stage on first night. James deeply depressed, abandons writing for the theatre and returns to novels.

1897. Settles at Lamb House in Rye, Sussex. Friendly with Joseph Conrad. Writes ‘The Turn of the Screw’ and What Masie Knew.

1905. Revisits United States after an absence of twenty-five years. Lectures on Balzac.

1906-10. The American Scene. Edits the twenty-four volume ‘New York Edition’ of his selected works and writes the prefaces which give an account of the genesis of the stories.

1913. Writes the autobiographical accounts A Small Boy and Others, and Notes of a Son and Brother.

1916. Given Order of Merit. Falls in love with a Swedish sailor, and dies thinking he is Napoleon. Ashes buried in Cambridge (MA).

The Cambridge Companion to Henry James is intended to provide a critical introduction to James’ work. Throughout the major critical shifts of the past fifty years, and despite suspicions of the traditional high literary culture that was James’ milieu, as a writer he has retained a powerful hold on readers and critics alike. All essays are written at a level free from technical jargon, designed to promote accessibility to the study of James and his work.