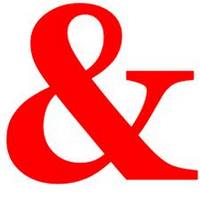 Many people have difficulties knowing how to use and in a sentence. That’s possibly because it is such a common word.

The term ‘and’ is a conjunction – which is a word used to connect other words or clauses that are to be taken jointly.

The term ‘and’ occurs regularly in expressions such as –

The term ‘and’ is commonly used when describing a number of objects or listing characteristics.

The use of the comma after the final item in a list is optional. However, using the final comma is never wrong, and it always helps to remove possible ambiguities. The following example is confusing.

The final comma is often called the ‘serial comma’ or the Oxford comma. That’s because the Oxford University Press has traditionally insisted on its use as part of their famous house style.

‘And’ is used to connect separate clauses that have a logical connection:

When the separate clauses are not connected by logic, sequence, or topic, using ‘and’ to establish a connection is wrong.

The ampersand (&) is a symbol that is often used as a substitute for the word ‘and’.

It often appears in company titles: Webster & Co – instead of writing Webster and Company.

It should not be used in any formal writing, such as academic essays, reports, or business letters.

The ampersand is actually a symbol that has evolved from the Latin word et, which means ‘and’. It combines the letters e and t into one shape.

There is a traditional notion that it is incorrect to start a sentence with ‘and’. This is somewhere between a myth and a superstition. There are many cases where it might be appropriate.

However – unless you are experienced in writing, it is often dangerous to start a sentence with a conjunction (and, but, or, although). This can easily lead to the production of sentence fragments and grammatically incorrect expressions – such as this:

Although the weather was appalling, with arctic temperatures, a howling blizzard, and a solid sheet of sleet-covered ice over all the roads, which made it difficult to keep upright.

Actually three conjunctions (Although, with, and) combine in this example to kill off the creation of a proper subject and principal verb.

When ‘and’ is used as a conjunction to link together names, no comma is required.

The word ‘and’ is often used as a conjunction in expressions of emphasis.

The technique of using ‘and’ to start a sentence is often used for poetic or dramatic effect. For instance, in John Betjeman’s poem, Christmas, four of the last stanzas begin with ‘And …’ to represent a child-like form of expression.

And London shops on Christmas Eve
Are strung with silver bells and flowers
As hurrying clerks the City leave
To pigeon-haunted classic towers,
And marbled clouds go scudding by
The many-steepled London sky.

And girls in slacks remember Dad,
And oafish louts remember Mum,
And sleepless children’s hearts are glad.
And Christmas-morning bells say ‘Come!’
Even to shining ones who dwell
Safe in the Dorchester Hotel.

The first part of the King James Bible begins with an account of the creation of the world which uses ‘and’ to generate a sense of magisterial force, logic, and inevitability.

In the beginning God created the heaven and the earth.

And God said, Let there be light: and there was light.

And God saw the light, that it was good: and God divided the light from the darkness.

And God called the light Day, and the darkness he called Night. And the evening and the morning were the first day.

Can you add the necessary stress to make sense of the following statement?

If you can’t work that out, maybe this will help:

“The sign is OK, but there should be more space between Marks and &, and & and Spencer.”