What is an executive summary?

Business reports often have an introductory section called an ‘executive summary’. This is a self-contained part of the total document – sometimes known as a ‘management summary’. 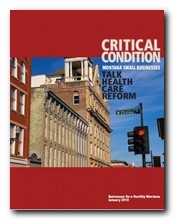 Its purpose is to summarise the most important points expressed in the main document. It will usually contain brief statements regarding proposed actions, background information to the document, concise statistics or factual evidence, and principal conclusions.

An executive summary is often written for an audience of senior managers, important decision-makers, potential customers, or committee members. In some cases it might also be circulated to members of the public – to demonstrate the effectiveness and proper conduct of the organisation.

It is a summary available for people who might not have time or may not need to read the entire report. But they might need to know its main points or recommendations, in order to participate in some decision-making process.

The audience for an executive summary might also include members of the public or employees of another organisation – for instance in cases where you might be applying for a grant or offering a product or service.

How is it different to an abstract?

An executive summary on the other hand normally contains concrete proposals for further action, and the evidence on which these decisions will be taken. It contains within it, even if by implication, calls to action.

It has its own separate heading, and is often constructed so that it can be detached from the main document if necessary.

The structure of an executive summary

The executive summary might even begin with its conclusions! This can act as a sort of a summary of the summary.

For example, in a feasibility report, the executive summary would contain a statement about the main findings of the report, and its recommendations. What follows might be the arguments or the evidence upon which these decision have been taken.

That level of detail is used by those who have a significant responsibility in the decision-making and the implementation of the project.

An executive summary should occupy only one or two pages of text maximum. If it goes on much longer than that, it ceases to be a summary and loses its purpose.

It might normally include an introductory statement, a summary of the findings, and a conclusion containing recommendations or action points. In some cases, its structure might usefully echo that of the main document. You should use clear sub-headings to make the structure clear.

Here is an example of an executive summary which is part of a feasibility report on ‘Setting Up a Company Website’.

If you have written the complete version of the report, your task is simply to make a digest of the full document. For this you will require good summarizing skills.

For a long report, you should make a summary of each section using just a few sentences – then if necessary, reduce these even further, or list them as short bullet points.

Readers can absorb complex data more easily if it is translated into diagrams or ‘information graphics’. Use tables, pie charts, and graphs in which trends and statistics can be seen clearly, without specialist knowledge.

The executive summary should contain less jargon than the full report. That’s because there might be non-specialists involved in the decision-making process. In some cases the executive summary might be something intended for a public audience – such as the summary of a charity’s annual report, demonstrating how it had spent last year’s money, and what its priorities are for the coming year.

The executive summary is written last – after the full formal report has been completed. Yet paradoxically, it comes first when the full contents are assembled for consideration – either as a PowerPoint presentation or in the form of a printed booklet.

The structure of an executive summary

This is an example of an executive summary in abbreviated form, so as to reveal more effectively its structure. It comes from an imaginary report into a proposal to build a new vehicle access road into an airport.

In order to produce the executive summary, you need to have a very clear understanding of the document as a whole. You will also need to know exactly what conclusions can be drawn from it, and the nature of any decision which are to be taken.

If you have only been actively engaged in a part or only one aspect of the whole process with which the report deals, you will need to check with the ‘core participants’ that your understanding of the details is complete and correct.

For instance, you might be given the responsibility for preparing an executive summary simply as a secretarial task. You might not have attended crucial decision-making meetings or done any of the original research with which the report deals. In such cases you should prepare the summary in close liaison with the principal figures associated with the report.

These might be a managing director, a lead researcher, or the chair and secretary of a committee.