Jersey Villas was first published in Cosmopolitan Magazine in July—August 1892. Its next appearance in book form was as part of the collection The Real Thing and Other Stories, published by Macmilla in New York and London the following year in 1893. When it appeared in book form it was given a different title – Sir Dominick Ferrand.

It is one of a number of tales which James wrote on the theme of private papers and letters, the practice of biography, and the rights of an individual to privacy, even after death. James created a bonfire of his own personal papers in the fear of what writers and critics might find out about his private life after his demise. Of course we now know that he had a lot more to hide than was hitherto thought. 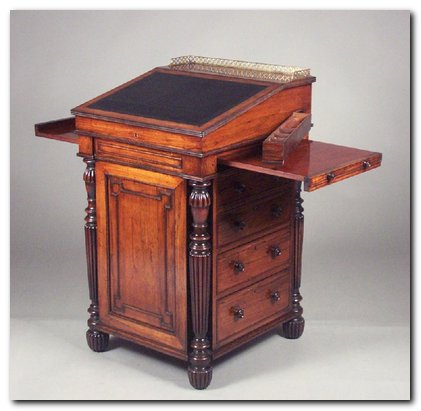 The story is composed of two dramatic elements. The first is Peter Baron’s discovery of the letters in his writing desk, and his dilemma regarding what to do with them – to publish them, sell them, or hand them over to his editor Mr Locket. The second element is his developing romantic relationship with Mrs Ryves, which is reinforced by his writing a successful libretto for her musical composition.

For the first-time reader there is a dramatic tension (or mystery) in how these two elements are going to be related. James seems to be hinting at some mystical or intuitive connection between Mrs Ryves and Baron’s dealings with the letters. She is agitated or distressed whenever he tries to make a decision about them. There is also something of a mystery about her claims to be leaving Jersey Villas, followed by her failure to do so.

Her connection with the letters and her indecision about staying or leaving the Villas is easily explained at a later stage. She is the illegitimate daughter of Sir Dominick Ferrand, and the revelation of his private mis-doings will (or might) adversely affect her. She senses that Baron has discovered something and visits him on a ‘sudden fancy’ to check. Then as soon as he has told her about breaking the seals, she leaves the Villas and goes to Dover, where she is ‘looking at the Calais boat’ whilst in discussion with him. In other words, she is planning her escape to ‘Europe’ (which was considered a different world in the nineteenth century).

All the hints and development within the plot suggest that her erratic behaviour is the result of her knowing that Baron has her father’s letters. This explains why she is so keen that he burn them, and once she is secure in the knowledge that he has done so, she can relax and form a relationship with him.

But this interpretation of the story, which is certainly invited by the events of the story, rests on two or three flaws, and it is distinctly possible that James is playing fast and loose with his famous ambiguity and evasiveness in this instance. To begin with, at no point does Mrs Ryves know who has written the letters. There is no writing on the outside of the letters, and they are in packets that are sealed. She even tells Baron that she doesn’t want to know who wrote them.

It might be argued that she recognises the letters, or even that the davenport Baron bought originally belonged to her father. But there is also nothing in the text to support either of these two explanations – and she she is not raised in her paternal home, so it is very unlikely that any form of ‘recognition’ takes place.

Part I.   Aspiring writer Peter Baron has been summoned by Mr Locket, the editor of The Promiscuous Review, to make changes to a story he has submitted. That morning he has made the acquaintence of Mrs Ryves, a fellow lodger of Mrs Bundy at Jersey Villas, a suburban lodging house. After his meeting with the editor, he walks down the Kings Road, dreaming of refurbishing his humble rooms. On the strength of his submitted story, he buys a small second-hand davenport, which he hopes could inspire his literary creation.

Part II.   Baron befriends Mrs Ryves and her son, and he writes lyrics for the songs she composes as an amateur pianist, guiltily conscious that he ought to be correcting his story for the magazine. He discovers that the davenport has a false back, where he finds packets of old letters. When Mrs Ryves calls, claiming she has been worried about him, he decides to tell her about his discovery. She urges him to keep the letters, and claims that she felt an instinct to ‘save’ the papers. And yet she also suggests that he burn them.

Part III.   Ten days later Baron visits Mr Locket and tells him he has new materials on Sir Dominick Farrand, an eminent stateman. He insists that they are genuine and not forgeries. Locket does not think the public will be much interested in him now that he is dead. Baron insists that he was a complex person, and that the letters reveal some dubious political dealings, as he had received money from people to whom he had awarded contracts. They also reveal evidence of an extra-marital affair. Baron and Locket circle round each other inconclusively over what is to be done.

Part IV.   When Mrs Ryves goes to Dover, Baron asks Mrs Bundy for information about her, but gets very little information. So he goes to Dover, where he meets Mrs Ryves with her son Sydney and Miss Teagle, a governess to Sydney. He reproaches Mrs Ryves for disappearing as soon as he made his discovery known to her. She claims that the papers ‘haunt’ her. He cannot understand why she is bothered about them at all. He wants to ask her to marry him, but realises that he has nothing to offer her.

Part V.   Next day Mr Locket turns up and ‘borrows’ the letters, which makes Baron anxious about his motives. Mrs Ryves writes from Dover about their musical collaboration. Then Locket summons him and offers £100 for the letters. Baron is conflicted over his options: he is badly in debt and needs the money, but he can see Locket profiteering from his advantageous position as influential editor.

Part VI.   When Baron returns to Jersey Villas he finds Mrs Ryves who claims she is packing to leave, but doesn’t appear to be doing so. He takes her out to dinner and the theatre, and later tries to improve his chances with her, but she puts him off.

Part VII.   Mr Locket turns up again next morning with an offer increased to £300, whilst meanwhile Mrs Ryves is leaving the Villas. Baron tries to plea bargain with Locket for his fiction to be accepted as part of the deal. Locket at first refuses, then gives in. But on reflection, Baron feels that it would be wrong to make money out of exposing someone’s reputation to disgrace, and he burns the letters.

Mrs Ryves returns to say that a music publisher has accepted their joint composition and wants more of the same. They share the £50 fee and at Dover return to the question of their future. She reveals that she is a ‘poor girl’ with no money, family, or friends. She ultimately rveals that she is the illegitimate daughter of Sir Dominick Ferrand. After a probationary period, they marry, have success in music publishing, and Baron even manages to get some of his fiction published in magazines.