Julia Bride first appeared in Harper’s Magazine in March-April 1908. It is collected in Volume XII of The Complete Tales of Henry James (Rupert Hart-Davis) 1964. 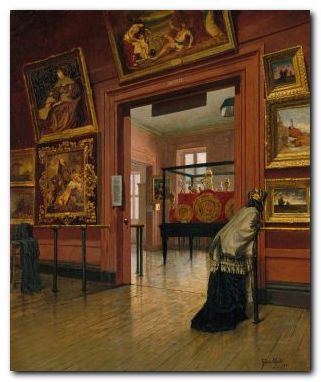 Readers of this story will not fail to recognise its similarity to Edith Wharton’s The House of Mirth which was published three years earlier. Henry James was great friend and admirer of his fellow American writer, and her heroine Lily Bart faces very similar problems to those of Julia Bride. However, Wharton takes her heroine’s situation to a further extreme than James. Lily Bart is actually reduced to working for her living, and is so unused to it she becomes a drug addict. This is something James seems almost to hint at in his remarks to his ‘Preface’ to the New York Edition of his Collected Works:

Julia is ‘foreshortened’, I admit, to within an inch of her life; but I judge her life still saved and yet at the same time the equal desideratum, its depicted full fusion with other lives that remain undepicted, not lost.

This seems to be Henry James’s way of saying that this is a short story – not the more fully developed novella or the full length novel that Edith Wharton brought off so successfully. He cannot pretend to encompass the full resolution of Julia Bride’s situation or those of the people who surround her. So technically, the story ends in an unresolved state.

But there seems to be very little alternative to seeing her story as a tragedy with a fairly conclusive ending. After all, it is very unlikely that a young woman with such a disreputable family background, no money, and six failed engagements behind her would ever find success in the upper echelons of old-fashioned and hidebound American society.

Julia is caught in the pincer movement of the new possibilities of social fluidity, class mobility, and personal freedoms offered by American society, and the rigid ethics, snobbery, and financially-based social codes that America had imported from Europe.

New social movements such as divorce and re-marriage are available under the freedoms of an open, democratic, and republican society which has freed itself from the organizational shackles of its European forebears. It is even possible to become engaged more than once. But the deeper ideological undercurrents of this society are deeply enmeshed in capital accumulation and preserving status via intermarriage amongst an elite class.

As is commonly remarked amongst commentators on this story, Julia will always be a Bride, but it is unlikely she will ever get married.

It is worth noting that the main events of the story are enacted in very public places. The narrative begins in the Metropolitan Museum and its denouement takes place in Central Park. Julia is able to talk to Basil French and then Mr Pitman without putting her reputation at risk, because they are in public view in the museum. She then arranges to meet Murray Brush in the Park for similar reasons.

At the end of the nineteenth century and even the beginning of the twentieth, young unmarried people had to be very circumspect about who they met, and in what circumstances. This was particularly true for women. A hidden irony in this story is that Julia has already compromised herself socially by having six previous engagements.

Even visits to family homes had to be carefully orchestrated so as not to give rise to any social comment, and of course the visit itself would be carefully monitored for both content and duration. This explains the frequency with which broughams and cabs outside someone’s front door are featured in stories and novels of the period. The livery of the vehicle would be a clear indication of ownership. It was a society in which everybody knew everybody else’s business, and social reputations were held in very high esteem – albeit often at a theoretical level.

Of course all this only pertained to the very small social elite which constituted the upper class and the aristocracy of a given European or American society. This is one of the things which makes novels a rich form of social history – because they include a record of the manners and morals of this part of society at the time, the details and social nuances of which are not easily obtainable elsewhere.

Part I. Julia Bride is being courted by Basil French, the son of a wealthy but very traditional New York family. They meet in the Metropolitan Museum then part leaving her worried. He wants to know more about her background, and she is reluctant to let him know that her mother has been divorced twice (and is soon likely to be so for a third time). Moreover Julia herself has been engaged six times. In the museum she meets Mr Pitman, her mother’s second husband, with whom she has remained friendly.

Part II. She hopes he might be able to help her out of her social dilemma, but in fact he wants her to help him in a similar but contradictory manner. He asks her to plead his innocence with Mrs Drack, a wealthy widow who he hopes to marry. Julia in her turn wants Pitman to eradicate in the eyes of Basil French both her mother’s guilt in her divorce, and her own six previous engagements – largely by telling lies. Julia feels kindly disposed to Pitman, and ends up singing his praises to Mrs Drack. At Pitman’s suggestion Julia then contacts Murray Brush, the most recent of her ex-fiancées and asks him to announce publicly that their relationship was only ever one of close friendship. She hopes this will effectively wipe her slate clean so far as Basil French is concerned.

Part III. Brush readily agrees, and for good measure announces that he is going to be married to Mary Lindeck. He wants Julia to meet her and promises that she will help in their endeavour. But as this apparently successful meeting continues, Julia begins to feel that Murray is agreeing to her plan in the hope of meeting the much richer Frenches with a view to socially advancing himself and his wife to be. Julia is devastated by this realisation, feels that she is doomed to failure, and is left in a tragically sentimental admiration of Basil French – a man who can have such an effect of others, and whom she will never gain. 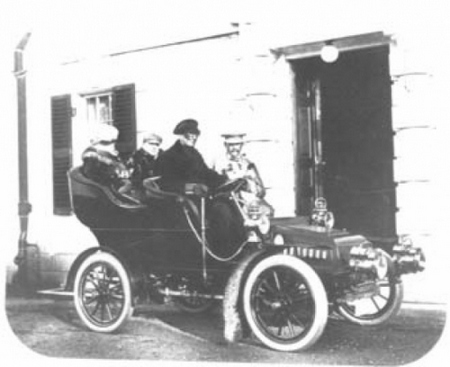