Karain: A Memory was written in February-April 1897 and published in the November 1897 issue of Blackwood’s Magazine. Its first appearance in book form was as part of Tales of Unrest published by in 1898, which was Conrad’s first collection of stories. The other stories in the book were The Idiots, An Outpost of Progress, The Return, and The Lagoon. 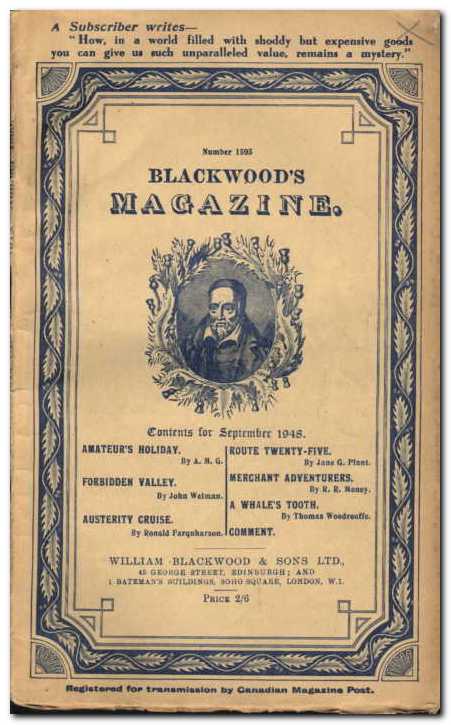 Part I.   An un-named narrator describes the first visit of his schooner to the small fiefdom of Karain in an isolated part of the Malayan archipelago. Karain is a colourful and confident leader who the narrator likens to an actor. He is surrounded by loyal followers, and he buys illegally-traded guns and ammunition from the narrator.

Part II.   At night Karain visits the schooner, always with an armed attendant at his back. He asks the narrator questions about Queen Victoria and tells him about his own mother who was a local ruler: he is her son from a second marriage. Once he was attacked by natives from beyond the nearby mountains but he killed most of the attackers and the rest never came back. He dispenses justice amongst his `people’, is much revered, and enjoys huge banquets.

Part III.   The narrator visits him for two years, perceives him to be planning a war, and tries to warn him about forces beyond his own domain; but he fails to understand such concepts. On the occasion of his last visit the chief’s old henchman has died and Karain himself is ill. The trade in munitions takes place, then there is a tropical storm.

Karain suddenly appears on the schooner, having swum to the ship after escaping from his stockade. He fears that some invisible spirit is pursuing him, and he wants the crew to take him away.

Part IV.   Karain relates how a Dutchman set up home in the locality of his friend Pata Malara. Then Malara`s sister joins the Dutchman, bringing dishonour onto her family. When the Dutchman leaves with the sister, Malara decides to follow and strike vengeance. Karain decides to go with him out of loyalty to his friend. They sail to Java and go on an extended and fruitless search which lasts for two years or more.

Karain falls in love with the image of Malara`s sister who they are hunting down. Eventually they find them both, whereupon Malara wants to kill his sister to avenge the family`s honour. He gives Karain a gun to shoot the Dutchman, but instead Karain shoots his friend Malara.

Part V.   Karain runs away and survives in a forest, but he is visited by the ghost of Malara. He moves on and meets an old man who becomes his henchman, protecting him from `the dead’. But now that old man has died Karain has become vulnerable again to spirits. He thinks he will be safe amongst people who do not believe in the spirit world. He wants them to provide him with a weapon or charm against his demon.

Part VI.   Hollis produces a box containing a sixpence which bears Queen Victoria`s head. He makes it into a charm, then they present it to Karain and convince him it will keep the spirit at bay. Karain goes back to his people.

The story ends with the narrator meeting Jackson in London some years later, and they recall Karain amidst the bustle of the capital city.