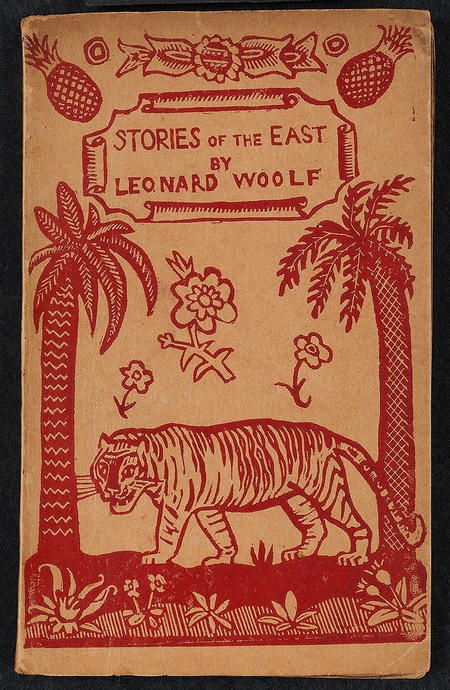 This publication contained three short stories – ‘Pearls and Swine’, ‘A Tale Told by Midnight’, and ‘The Two Brahmans’, with a cover illustration by Dora Carrington.

These three pieces are of vital importance in understanding Leonard Woolf’s mistrust of and dislike for colonialism. The stories provide disturbing commentaries about the disintegration of the colonial process and the uncomfortable moral ground occupied by the servants of the British Government in Ceylon prior to the Great War.

“Stories of the East was published in April 1921 in 300 copies and very nearly sold out. At the end of the first year, the Hogarth Press had sold over 230 copies, to realise a profit of £6 11s. 5d. When Leonard Woolf closed the account in January 1924, Stories of the East had sold 267 copies. Of the six books published by Hogarth in 1925, Leonard’s stories outsold all but Gorky’s second book, The Notebooks of Tchekhov and Virginia’s Monday or Tuesday, and in the scale of press operations it was a successful venture.”

This book had a yapp binding, as does Prelude, and Eliot’s Poems. Dating from the nineteenth century, the yapp binding is limp, with “overlapping flaps or edges on three sides” and was originally used for binding Bibles meant to be carried in the pocket.