Master Eustace first appeared in The Galaxy magazine for November 1871. Its first appearance in book form was as part of the collection Stories Revived published in three volumes by Macmillan in London 1885. 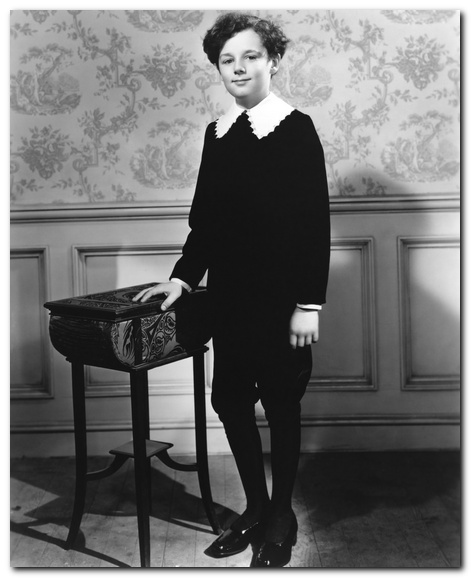 This tale has many of the elements of the nineteenth century melodrama: the long-kept secret; the self-sacrificing mother; the demanding child; the sudden revelation of paternity; the attempted suicide. the death by emotional shock. Such ingredients were common in the fiction of that period. In fact the story in theme is not unlike Thomas Hardy’s The Son’s Veto which used similar elements nearly twenty years later.

Readers in the twentieth century began to find such emotionally loaded drama difficult to accept, and the vogue for convincing realism was established which most serious writers of fiction have followed ever since. For a time there was a similar reaction against Charles Dickens, who used very overt melodrama in the plots of his novels. In the twenty-first century however, there has been a greater tolerance of melodramatic effects – provided that narratives are not solely dependent on them for significant meaning, and provided that they are supported by compensating artistic effects and psychological insights.

The Russian playwright and short story writer Anton Checkhov remarked that “If you say in the first chapter that there is a rifle hanging on the wall, in the second or third chapter it absolutely must go off. If it’s not going to be fired, it shouldn’t be hanging there”. The term ‘Checkhov’s gun’ is a metaphor for a dramatic principle concerning simplicity and foreshadowing.

In Matser Eustace the sudden mention of ‘pistols’ flags up to any alert reader the fact that they are likely to be used in what follows. We suspect that Eustace might shoot Mr Cope. But James adds a creative twist to this very traditional plot element. Eustace not only doesn’t shoot Mr Cope, but shoots himself in a suicide attempt – and fails. So the gun in this case turns out to be something of a red herring

There is a similar false lead in the hurried marriage of Mrs Garnyer and Mr Cope. It seems as if he might be after her money, especially when he returns suddenly after Eustace has left and when he takes over the running of her affairs. But this too turns out not to be the case.

James was very fond of using the ‘framed narrative’ device in his shorter fictions – that is, the strategy of having the main story relayed to a second party, who then makes it available to the reader. This creates an ‘inner’ and an ‘outer’ narrator. Various degrees of reliability can sometimes be built in to the characterisation of the narrators (as he did most famously in The Turn of the Screw.

Sometimes the ‘frame’ is not closed but left open-ended – but in the case of Master Eustace the outer narrator introduces the story with a single short paragraph, then reappears at the conclusion to top it off with two or three comments at the conclusion of the governess’s tale. No attempt is made to construct a separate point of view by the creation of this outer narrator. These were early experiments in James’s oeuvre but they foreshadow many complex experiments which were to come in later tales.

Part I.   A young woman of modest means takes up a position as assistant to Mrs Garnyer, a sad and frail widow whose husband mistreated her. She has a son Eustace on whom she lavishes all her attention and pins all her hopes. The child is demanding, spoiled, and arrogant: he patronises and insults his governess.

Part II.   The child grows older, and a succession of tutors are employed. All of them fall in love with their employer, and are rejected out of hand. The governess becomes a companion and maid-of-all-sorts to Mrs Garnyer. The youth’s birthdays are celebrated by dressing up and fantasies, and the mother remains completely isolated from society, treating her son almost as a lover in waiting.

Part III.   Eustace is keenly aware of what he will inherit and cultivates a taste for luxuries. He creates an idealised image of the father he has never known, and vows to live like him. Mrs Garnyer receives occasional advice from Mr Cope, an old family friend in India. He advises letting Eustace travel in Europe, as he wishes. The youth departs, then she receives a message saying that Cope will be returning. When he settles in the house Mrs Garnyer is transformed into a vibrant and youthful woman again. The governess too is very impressed with Mr Cope.

Part IV.   The governess presumes that Mrs Garnyer and Mr Cope were once due to marry, but were forced by circumstances to marry other (unsuitable) people. She writes to Eustace about Mr Cope and his mother’s improved condition. Then Mrs Garnyer announces that she is due to marry Mr Cope, who will take over the running of her affairs. They marry quite quickly, then depart on honeymoon, leaving the governess in charge of the house.

Part V.   Eustace suddenly returns the next day. When he hears that his mother has actually married Mr Cope he explodes with petulant rage. The governess sends word to his mother that he has come home and is not well, asking her to come back. Later that nigh they all converge in the house. Eustace curses and disowns his mother in a jealous outrage.

Part VI.   Mrs Garnyer feels that her son’s curse has killed her, and she unburdens herself to the governess. Mr Cope reveals to Eustace that he is his father. Eustace tries to commit suicide, but fails. Mrs Garnyer dies, and the two men shake hands – but only once, as father and son – and are never reconciled.