Mrs Temperly first appeared in Harper’s Weekly in August 1887. It first bore the title Cousin Maria and was later collected with other tales in the volume entitled A London Life (1889). 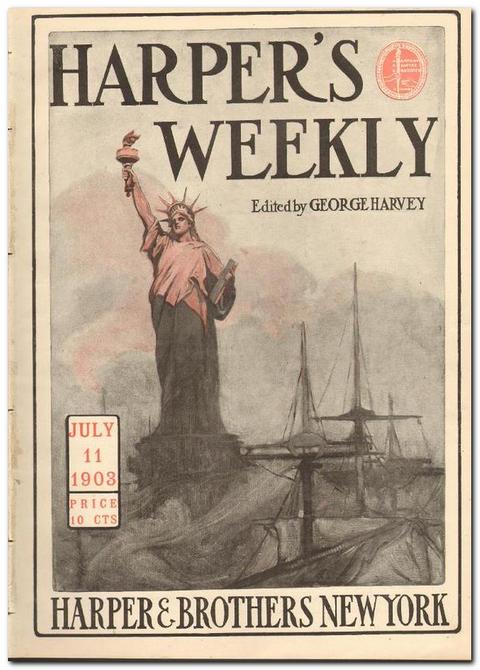 The story is short and slight, but it has at its core a desperately sad subject. Raymond is an eager but ill-fated young man. He has no prospects in terms of social status, and even takes a dive during the course of the story because his father becomes bankrupt. He also has feeble aspirations to be a ‘painter’ – a completely insubstantial prospect for any self-respecting family into which he wishes to marry.

He chooses as his love object Dora Temperly, the eldest of Mrs Temperly’s daughters. Her defining characteristic in the drama is that she’s plain. At the beginning of the story she is very young, so this does not seem so important. But five years later her younger sister has become very attractive, even in Raymond’s eyes

The quasi-tragic element, which is hardly mentioned in the text, is that Dora realises that even though she might be prepared to accept the advances of a ‘penniless’ Raymond who has a dubious family background, she cannot do so without harming the chances of her two younger sisters finding rich husbands. She fends off Raymond’s advances as a form of self-sacrifice – and ends up asking him to wait ten years whilst her sisters find husbands.

This point is even underscored by the slightly grotesque observation that the youngest sister is actually small and the family is waiting impatiently for her to grow, so that this waiting period can end.

It is worth noting that the appellation ‘Cousin Maria’ has a slightly different connotation in America than it would have in Britain. It is not so much a designation of genetic relationship as a symbol of kinship or fellowship, an affirmation of democratic allegiance.

The distinction is slight and very subtle, but in the context of this story it reinforces the sad gulf that exists between Raymond’s social aspirations and the higher ground upon which Mrs Temperly establishes her family.

Part I. A rich widow Mrs Temperly is preparing to leave New York to live in Paris with her three children. She discusses the issue with her eldest daughter Dora, who a relative Raymond Bestwick expresses a desire to marry. He is a young man without prospects who is a would-be artist. Mrs Temperly has reservations about marriage at such a young age. On the eve of their departure Raymond talks with Dora, hoping to find some encouragement for his suit, but he is unable to make any impression on her.

Part II. Five years later Raymond visits the Temperly family in Paris. He has not made any personal progress, and his father has gone bankrupt. Mrs Temperly on the other hand has acquired fine paintings and is living in grand style. Her second daughter is much prettier, but Dora is unchanged. Raymond renews his attentions to Dora, but she politely keeps him at bay.

Raymond believes that their charming and socially gifted friend Madame de Brives is secretly searching for husbands for the Temperly girls.

Part III. Raymond continues to visit the household, and Mrs Temperly maintains the friendly and wholesome ambiance she brought with her from America. On the occasion of a grand musical evening Raymond again asks the matriarchal Mrs Temperly for her approval of his quest for Dora. She gives him permission but makes it clear that Dora will wish to stay single.

Part IV. Finally, Raymond asks Dora directly to marry him, but she says she cannot accept until her two younger sisters are married. Raymond gradually realises that if he marries into the family it will blight the prospects of the younger daughters – because he is unsuccessful and the son of a bankrupt. Dora confirms the opinions of her mother, and appeals to Raymond to wait the ten years or so it might take – as she is prepared to do.