Osborne’s Revenge first appeared in The Galaxy magazine for July 1868. Its next appearance was many years later as part of Eight Uncollected Tales of Henry James published by Rutgers University Press in 1950. 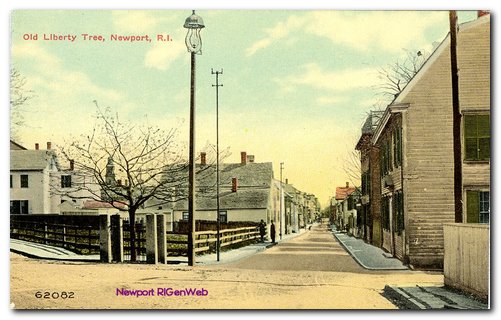 Part I.   Philip Osborne’s friend Robert Graham has fallen in love with Henrietta Congreve who then rejected him for someone else. To take his mind off the pain of rejectionOsborne sends him on a business errand to Minnesota, but when he gets there Graham shoots himself. Osborne is very distressed by the loss of his close friend, and he feels that Henrietta ought to be taught a lesson for what she has done. He follows her to Newport for the summer holidays.

Part II.   Osborne rescues Henrietta’s nephew from a rock on the shore, and thereby meets Henrietta, who he finds very charming, despite the nature of his mission to avenge Graham’s hurt feelings. Yet he somehow feels that his friend is more of a positive presence than he was when alive. Osborne is enjoying his holiday, and he drops his plan of revenge.

He sees Henrietta acting successfully in a play she has herself translated from the French. Then he meets her on a boating party outing, and finally broaches the subject of his friend Graham. Henrietta asks him not to talk about the subject, and Osborne returns to feeling hostile towards her. He discusses her talents with an admirer Reverend Stone. He tries once again to engage Henrietta on the subject of Graham, but she rebuffs him.

Part III.   Mrs Dodd arrives at Newport, supporting the cause for Graham’s memory – but Osborne finds her silly. However, she guesses correctly that Osborne is infatuated with Henrietta. Osborne feels deeply conflicted, torn between loyalty to his dead friend and his accelerating appreciation of Henrietta’s talents and virtues. He nevertheless believes that he is attracting Henrietta with a view to rejecting her as a punishment for what she did to Graham. Hoping to make her jealous, h acquires a photograph of a pretty girl he doesn’t know, and invents an identity for her when Henrietta sees the photograph.

When he is called back to his office in New York, he regrets all the time he has spent on his fruitless campaign. He goes to say goodbye to Henrietta, and at that very moment Mr Holland (Henrietta’s lover) arrives. The two men discuss Graham, and Holland reveals that his death was suicide (though Henrietta that it was a natural death).

On the ship back to New York, Osborne talks with Mrs Dodd’s cousin Major Dodd, who knew Graham. The major claims that Graham had become deranged, and that Henrietta hardly knew him. Osborne later marries – to a girl who looks exactly like the girl in the photograph.