Paste first appeared in Frank Leslie’s Popular Monthly in December 1899. It was then reprinted in the collection of tales The Soft Side published by Methuen in 1900. 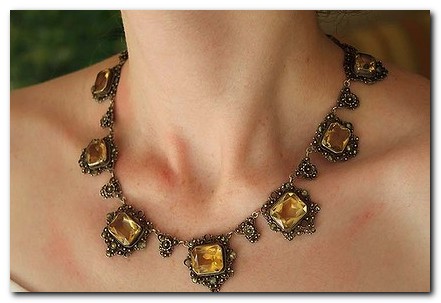 The crux of this story is based on a social factor which might seem rather obscure in the twenty-first century. It’s the fact that actresses (and any women associated with the stage) were regarded from the Renaissance right up to the twentieth century as synonymous with loose morals and even prostitution.

It was very common for upper class males (and even royalty) to have mistresses who were singers or actresses. These women were either set up in premises or showered with gifts by their suitors – who were often described in euphemistic terms such as ‘protector’ or ‘admirer’.

It was a form of prostitution – and was tolerated because it did not threaten the established order. The procuring male bought the sexual favours of the female, and his place in society as either a bachelor or a man who had married within his own class remained unthreatened.

Why was it the stage rather than other occupations which should have given rise to this practice? Presumably because as singers or performers, the women would be more socially mobile, and would operate in a zone which was close to but not part of polite society.

The occupation of singer or actress was regarded as declasse. Arthur’s father (as a vicar) has courted social danger in marrying an actress, and the explanation for Arthur’s priggishness (and lies) is that he wishes to protect his family’s (and his own) reputation.

This story is a variation on a tale made famous by Guy de Maupassant in 1884 called The Necklace (La Parure). Henry James was a personal friend of Maupassant, and wrote a critical study of his work in French Writers.

In Maupassant’s story a socially ambitious married woman borrows a diamond necklace to attend a grand public event. She loses the necklace and is forced to replace it, putting herself and husband in crippling debt. It takes them more than ten years of privation to repay the loan – at which point she discovers that the diamonds were only fakes, worth next to nothing.

The same theme was given a further twist by Somerset Maugham in his story A String of Beads (1927). In this version a young governess appears at a dinner party wearing a string of pearls which a fellow guest says are real and worth a small fortune. She says she paid fifteen shillings for them in a department store. Then two representatives from the store arrive and explain that she has been given the wrong pearls by mistake. They present her with three hundred pounds as compensation – which she lavishes on an expensive holiday in Deauville, mixing with rich men. She eventually becomes a courtesan, living in high style in Paris.

This story was itself a second variation on this theme, to which Maugham makes inter-textual reference. In Mr Know-All a young woman appears at dinner on a cruise ship wearing a set of pearls. A rather annoying guest claims he knows all about pearls and that they are worth a lot of money. The woman’s husband says she bought them for eighteen dollars. The two men have a one hundred dollar bet on who is right. But then Mr Know-All, seeing the woman’s discomfort, suddenly backs down, realising they must have been a gift from another man, presumably her lover. Next day she returns to him the one hundred dollars he gallantly forfeited to her husband.

Arthur Prime’s father and stepmother die within two weeks of each other. Mr Prime senior was a vicar, and his second wife was a former actress. Arthur’s cousin Charlotte is presented with a box of her old theatrical costume jewellery as a memento of her aunt. Arthur and Charlotte wonder if some of the items might be real rather than fake, and if they turn out to be real, were possibly a present from an admirer. But Arthur priggishly denies this suggestion, claiming that his stepmother’s reputation was above reproach.

When a party is being organised by Charlotte’s employer, her associate Mrs Guy borrows the jewellery for a tableau vivant and reveals that a string of pearls are real, not fake. Charlotte thinks she is obliged to return them, but realises that to do so would reveal to Arthur their origin as a ‘gift’ from an actress’s ‘admirer’.

Mrs Guy wears the pearls to dinner and they are much admired. She even offers to buy them. Charlotte still thinks she ought to return them, but starts wearing them in private. Some months later she confronts Arthur with the truth about the pearls. He refuses to believe that they are real, and says he will seek a professional opinion.

He later writes to Charlotte telling her that the pearls are fake, but Charlotte meets Mrs Guy wearing them. She has bought them in Bond Street from a jeweller. Charlotte knows that Arthur has lied, but she also wonders if Mrs Guy has bought them directly from Arthur, since she knew his address.

Washington Square (1880) is a superb early short novel, It’s the tale of a young girl whose future happiness is being controlled by her strict and authoritarian (but rather witty) father. She is rather reserved, but has a handsome young suitor. However, her father disapproves of him, seeing him as an opportunist and a fortune hunter. There is a battle of wills – all conducted within the confines of their elegant New York town house. Who wins out in the end? You will probably be surprised by the outcome. This is a masterpiece of social commentary, offering a sensitive picture of a young woman’s life.