Prince Roman was written by Joseph Conrad in 1910 and first published in 1911 in The Oxford and Cambridge Review. It was posthumously collected in Tales of Hearsay, which was first published by T. Fisher Unwin in 1925. The tale is based on the real life story of Prince Roman Sanguszko of Poland (1800–81). The other tales in the collection are The Black Mate, The Warrior’s Soul, and The Tale 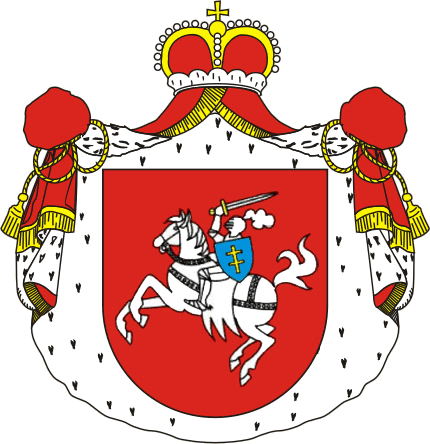 This is an unashamedly patriotic piece of writing on Conrad’s part. Prince Roman is a Pole who gives up his comfortable position in the aristocracy to fight as a (virtually) unknown soldier resisting Russian oppression. When captured, he has every opportunity to escape punishment, but declares himself unequivocally committed to Polish liberation. As a result he suffers a quarter of a century in the nineenth century Tsarist equivalent of the GULAG – the Siberian mines – before returning to live in humble circumstances on what should have been his own estate before devoting his life to helping other people. There is none of the ambiguity and complexity that is normally found in Conrad’s other works, nor any of the light ironic touches in his commentary within the narration.

The story is based on the real life history of Prince Roman Stanislaw Sanguszko (1800–1881) who was a Polish aristocrat, patriot, political and social activist. Conrad’s fictional account is remarkably faithful to the historical details of Sanguszko’s life – though in some regards the truth is even more remarkable than the fiction. For instance, part of the punishment for taking part in the insurrection was that he should walk in chains to his place of exile. This was a distance of 3,300 kilometres which took ten months to complete.

The main problem with the tale, from a technical point of view, is that it mixes narrative modes in a way that reflects adversely on the overall artistic effect. The story begins in first person narrative mode: the un-named narrator recalls having seen as a child this fabled Polish patriot, when Roman was an old man. That is, the narrative starts at the end of its chronological events.

The narrator then fills in the details of Roman’s background – information of a biographical nature which could be publicly available. But gradually, the narrative slips into third person omniscient mode. We are presented with Roman’s thoughts and feelings whilst he is in the Polish army of resistance – information which would not be available to anyone but Roman himself.

Then at the end of the tale, Conrad returns to a first person narrative mode, with the un-named narrator rounding off the sad but heroic account of Prince Roman’s life story. Conrad makes these transitions quite smoothly, and most readers are unlikely to complain, but in terms of strict narrative credibility and logic they are illegitimate.

An un-named narrator recalls as a child once meeting Prince Roman, who by that time was a bald and deaf old man. This reminiscence forms the springboard for a potted life history, which is the substance of the narrative. Roman comes from an aristocratic Polish family. His wife dies two years after the birth of their daughter, and Roman is badly affected by the loss. He finds solace by retreating into the countryside, and whilst there hears news of a successful patriotic uprising against the occupying Russians. Roman renounces his position as a military office in the Tsar’s army and announces his intention of joining the nationalist rebels. His father understands Roman’s patriotism, but thinks this is rather rash and impolitic.

Roman summons an old family servant and confides in him his intention of volunteering in the partisan army. He enlists under a false name (Sergeant Peter) and distinguishes himself for courage and valour. However, although unharmed, he is eventually taken prisoner by the Russians. There he is recognised by his captors. News of his arrest is sent to St Petersburg, where his family use their wealth and influence to plead for clemency.

The military commission that tries his case attempts to guide his responses to questioning to bring about an acquittal, but he states quite bluntly that he joined the rebellion from ‘political conviction’. He is condemned to the Siberian mines, which at that time was considered a living death. Because of his disgrace, his daughter inherits his estates, and lives abroad – in the South of France and Austria. Twenty-five years later, on his release, Roman goes to live in a modest house on one of the estates and dedicates himself to doing public good.