Sir Edmund Orme (1891) is one of James’s ghost stories, a literary genre which was very popular towards the end of the nineteenth century. It first appeared in the Christmas edition of the magazine Black and White and features a variation of the supernatural tale in which the ‘ghost’ is only visible to certain people. And although the story contains a suicide and two sudden deaths, the ghost actually appears to have a benign, protective purpose. It is presented as almost a ‘friendly’ ghost. 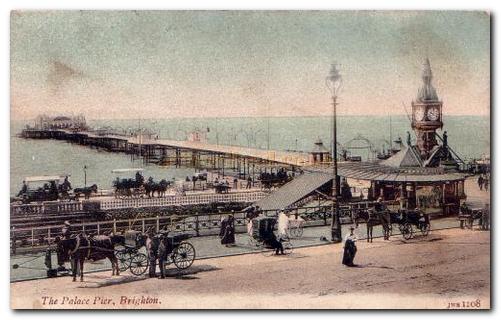 The story is presented to us by an un-named outer narrator who has come across a written account of events. These have been written by the inner narrator who is also the principal male figure in the story, and is also un-named.

This is a device James used a number of times – most notably in The Turn of the Screw, and like that more famous novella, the story in not in fact fully ‘framed’. That is, we are given an account of the origin of a text, but the story finishes at the end of that text. We do not go back to rejoin the introduction in any meaningful way.

The outer narrator also admits that he has no proof that the events described actually took place. The author of the text, which has been kept in a locked drawer, has written the account for his own purposes. This leaves scope for ambiguities within the tale – as well as for a variety of possible interpretations.

We normally expect ghosts to be sinister and threatening. They usually appear at night, dawn, or dusk, and have a disreputable appearance and a malevolent purpose. But Sir Edmund Orme appears in broad daylight, in very public places (Brighton seafront, Tranton church) and he is well dressed and behaves with impeccable reserve.

In fact we learn, first from Mr Marden and then from the narrator’s surmise, that Sir Edmund has a protective function. He appears to Mrs Marden as an uncomfortable reminder of her previous cruelty in jilting Sir Edmund in favour of Captain Marden, but he is acting to prevent any repetition of such behaviour by her daughter. The narrator’s analysis is based on the egotistical supposition that he is being protected:

It was a case of retributive justice … The wretched mother was to pay, in suffering, for the suffering she had inflicted, and as the disposition to trifle with an honest man’s just expectations might crop up again, to my detriment, in the child, the latter young person was to be studied and watched, so that she might be made to suffer should she do an equal wrong.

However, it is open for us to observe that the net result of the narrative is the death of two women. First the fifty-five year old Mrs Marden dies on the occasion of the ghost’s last appearance, and second her daughter is dead within a year of marrying the narrator.

This reading of the text is informed by the observation that many of James’s fictions have a fear of women and marriage deeply buried within their concerns. The inner narrator befriends both Mrs Marden and her daughter, but he immediately observes that “One often hears mature mothers spoken of as warnings—sign-posts, more or less discouraging, of the way daughters may go.” And this is followed by a view of himself as a potential target for husband seekers, even though it is expressed as a negative:

I never suspected her of the vulgar purpose of ‘making up’ to me—a suspicion of course unduly frequent in conceited young men. It never struck me that she wanted me for her daughter, nor yet, like some unnatural mammas, for herself.

In other words, women are seen as threats to a bachelor’s independence and freedom from any emotional claims, and ultimately, despite any sympthy their creators show for their female concerns, they will be punished – in the same way as Emma Bovary, Anna Karenina, and Tess of the d’Urbervilles. The phenomenon was not new, even at the end of the nineteenth century.

An un-named narrator is friendly with a widow Mrs Marden and her attractive daughter in Brighton. When he begins to sense the power of his attraction to the younger woman, her mother starts to behave in an erratic manner. She wishes to promote her daughter’s relationship with the narrator, but cannot conceal her unease – and for reasons which remain mysterious.

When they meet again at a country house, the narrator accompanies Charlotte to church, where they are joined by a young man who does not speak, and who Charlotte does not even seem to notice. Mrs Marden reveals that the man is Sir Edmund Orme, who she once jilted and who subsequently committed suicide. He has been re-appearing to her intermittently ever since, as a sort of punishment and to check that Charlotte does not behave in the same way as her mother. The narrator proposes to Charlotte, but he is turned down.

Some months later they meet again at a musical party in Brighton. The narrator proposes again to Charlotte, and at the same time Sir Edmund appears. Mrs Marden faints and has to be taken home. Next day the narrator visits them and can see ‘the shadow of death’ on Mrs Marden’s face. She urges her daughter to accept the narrator’s offer of marriage, and as Charlotte does so the figure of Sir Edmund reappears in the room for what turns out to be the last time, but Mrs Marden is dead.