the basic conventions for academic writing 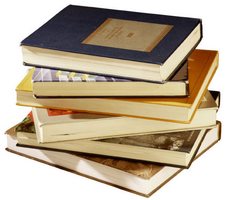 At the end of any scholarly writing (an essay, report, or dissertation) you should offer a list of any works you have consulted or from which you have quoted. This list is called a bibliography – literally, a list of books or sources.

2. The traditional way of showing this information is to use the following sequence:

3. In some cases, you might be expected to present this information with the author’s surname listed first – as follows:

4. If you are using the Harvard system of notation, the date follows the author’s name – thus:

5. Notice that book titles are shown in italics.

6. If you are using a ‘standard’ text, give the editor’s name first, as in the following examples:

7. List the items of a bibliography in alphabetical order according to author’s or the editor’s surname.

8. Don’t list works you have not consulted or from which you have not quoted. Doing this creates the impression that you are trying to claim credit for work you have not actually done.

9. You might find that your bibliography repeats much of the information given in your endnotes or footnotes. Don’t worry about this: these two separate lists have different functions. In addition, your bibliography may contain works from which you have not directly quoted.

10. Here’s an extract from the bibliography of a second year undergraduate essay on the sociology of domestic labour:

Davidoff, L., ‘Mastered for Life: Servant and Wife in Victorian and Edwardian England’, Journal of Economic and Social History, Vol.7, 1974.

11. Some subjects adopt the Author-Date method of referencing – which is also known as the Harvard System. Full details of the texts you have quoted are placed in the bibliography in the following order:

12. The list of texts which appears at the end of your essay should be arranged in alphabetical order of the author’s surname. The list differs from a traditional bibliography in that the date of publication follows the author’s name.

So – the same bibliography shown above would appear as follows in Harvard style: