why tax-funded research should be in the public domain

Open Source Research offers a new challenge to higher education. In the UK a traditional academic teaching post carried three requirements – teaching, research, and administration. Time and energy were normally allocated to these activities in either equal parts, or at least in that order of precedence. Good teachers gave lectures, conducted seminars and tutorials, looked after their allocation of students, and participated (however reluctantly) in departmental committees and faculty boards. That was in the past.

With the introduction of the (Labour) government’s Research Assessment Exercise (RAE) all that changed. The emphasis of job descriptions morphed entirely into measurable research and tangible outcomes. We know the result: staff transferred as much teaching as possible onto poorly-paid and inexperienced part-time teachers – usually post-graduate students hoping the experience would give them some advantage in the greasy-pole process of seeking tenure. 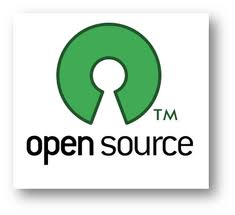 It is now not uncommon to hear of staff packing any remaining teaching commitments into one term (or semester) – giving them two-thirds of a year free to do as they wish. At professorial level it’s even worse. At my former university a well-known academic with an international reputation on a six-figure salary taught for two hours once a fortnight, refused to make his email address or his telephone number available to anyone, and lived outside the UK, jetting in for his celebrity seminars every two weeks and returning home the same day.

Nice work if you can get it – all at taxpayers’ expense. The only down side to this system so far at the academics are concerned is that they are under an obligation to write articles and books and get them published. Failure to do so usually means being punished with a heavier teaching load or even worse, with extra departmental duties.

So the system, if it is working properly, means that academic staff members investigate some self-chosen topic of interest in their discipline. They then write articles that are published in academic journals, and any book-length studies are produced by academic or commercial publishing houses. They are given the time to do this work, there is even a system of sabbatical leave (a term, semester, or year off work) and they are paid salaries throughout.

Notwithstanding the nature of such employment codes, the economics of this system warrant further scrutiny. In the case of academic journals it would appear that no money actually changes hands. Academics publish their work with no payment. They do so with the incentive of professional kudos and points added to their RAE ratings. But in fact the publisher charges university and college libraries an enormous amount for subscription to the journal. This is true even in the digital age when more and more publications fail to find their way into print. The recorded number of people who actually read these scholarly articles is truly microscopic. Figures between one and five readers per article are quite common. So the system is expensive and inefficient.

In the case of academic and commercial book publishers the system is a little more murky, but similar principles apply. Most in-house university presses are heavily subsidised, even if they claim to be economically independent of their parent-host. [They commonly do not have to factor in the cost of office and storage space, and maybe not even staff salaries.] Nevertheless, they produce worthy, non-popular works which are sold to an audience of college and university libraries at a huge cost.

Here is a case in point. I have recently reviewed a very good publication of this kind (many are far from good) – a collection of essays on literature and cultural history which retails at the handsome figure of one hundred and twenty pounds. That is more than twenty times the price of a popular classic, and way beyond the book-purchasing budget of most normal human beings.

The authors of this compilation may not be too worried about this state of affairs. They have their academic salaries, they will have received a small sum (or maybe even nothing) for their chapters. Their reward comes from enhanced academic status or an invitation to speak at a conference, the costs of which will be paid by their employer.

Commercial book publishers operate virtually the same system. A very small advance payment on future possible sales will be acceptable for an author whose wages are anyway being paid. If the book sells, the publisher profits far more than the author (who is not primarily motivated by sales income); and if it doesn’t sell, it goes into the slush pile of remaindered titles along with all the many other unsold books. The author can still add this publication to the departmental RAE submission and go on to write more books that don’t sell.

There are two things fundamentally wrong with this state of affairs. One is that public funding is being used and abused, the other is that the whole system of research, its publication and its consumption could be conducted far more efficiently (and at almost zero cost) by using the resources of the Internet.

It is now more than ten years since Steven Harnad published his Subversive Proposal that the results of academic research should be made available via a process of digital ‘self-archiving’ in the form of Web pages. He even thought through the process of peer approval, comments and corrections so that the final product was just as rigorously inspected as a traditional journal article. His main objective at the time was to overcome the terribly laborious process of academic print publishing that can result in delays of up to two years before an article sees light of day. But in fact the same arguments can be made to suggest that research funded by taxpayers money should automatically be put into the public domain. After all, if the public has paid for it, the results should be available to everybody.

Nobody would lose from such a system, and all interested parties would stand to gain in some way. The academic staff member writes a paper and publishes research findings onto a web site – maybe one established by the host university. The content of the paper goes through any peer appraisal and revision process, and then is put into immediate circulation and made available to the public – far more quickly than its print equivalent. The university keeps the public kudos of a ‘contribution to knowledge’; the author is likely to have far more readers and more feedback; and the public has access to work that it has paid for.

Of course there may be special cases. Some science departments have financial partnerships with commercial and industrial companies which involve copyright, patents, and intellectual property rights issues. This is another example of taxpayers subsidising commercial interests, but these might reasonably be excluded from such schemes. But the vast majority of research is carried out in subjects with little or no commercial value at all. It lies unread, unloved, and ignored, buried far out of sight in departmental archives and library vaults.

There isn’t even any reason why those with a saleable product shouldn’t publish in print as well as digitally. If an article of a book-length study proves popular in its Web space, that is a compelling endorsement so far as print publishers are concerned. And the arguments regarding free online access versus for sale in print are now well known. Making something available free on line enhances the chance of people buying the same thing in printed format, especially in minority interest and specialist subjects.

So – just as any information gathered by a government should be made available free of charge to the public (population statistics, government spending figures, Ordnance Survey maps) the results of research conducted in publicly-funded universities should be available to the people who pay for it through their taxes. In fact whilst they’re at it, I can’t think of any reason why universities shouldn’t publish their course syllabuses and teaching materials as well – can you?