The Altar of the Dead (1895) holds a very high distinction amongst the stories of Henry James – for it is the one from the hundred or more that he wrote with which he said he was ‘least dissatisfied’. And it is generally held in positive regard amongst literary critics, along with similar stories such as The Beast in the Jungle which he wrote a few years later. One amazing feature of this story is that it was turned down by several magazine editors, and only first published in the collection Terminations in 1895.

His great achievement in this story is to compress what seems like the entire adult lives of his characters into the space of a few pages. It is intensely focused in terms of location, characters, and tone. And whilst reading it, one actually feels that half a lifetime has passed. 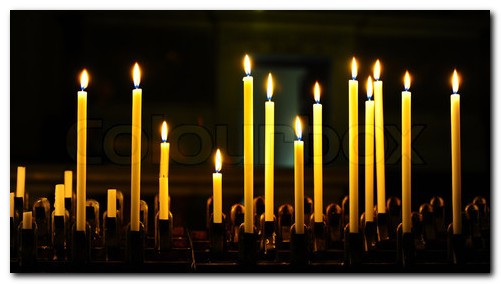 The altar of the dead

The Altar of the Dead – critical commentary

Some critics have seen the story as a fable which shows that love and forgiveness can conquer deep seated hostilities and cure old wounds. The woman has forgiven Acton Hague, and in the end Stransom too is prepared to add Hague to his list of the Remembered – though it is not clear if the ‘one final candle’ he intends for his altar is for Hague or for Stransom himself. This reading would see the last-minute change of heart on both their parts as a rather sad conclusion to a tale with a morally uplifting message.

A more critical reading however would see the story as a ghastly picture of two people who have rationalised their emotional emptiness as self-sacrifice. For like The Beast in the Jungle this is a story of lost opportunities, of missed chances, fear of ‘life’, and the choice of a spiritual ‘death in life’. Both the principal characters have devoted their lives to the memory of someone dead – Stransom to Mary Antrim and his other friends, the woman to Acton Hague.

Even whilst we might admire their loyalty and firmness of purpose, their emotional investment is in something negative and life-denying. And they cling morbidly to these associations whilst all the time the chance of establishing a a healthy human relationship with each other is staring them in the face.

They appear to have so much in common – their devotion to lost friends and the steadfastness of their beliefs. Everything in the story appears to point to them having a mutual interest in forming a supportive emotional bond. But in fact both of them are very secretive with each other. Stransom deliberately withholds information about himself:

it was natural enough that of his previous life she should have ascertained only what he judged good to communicate. There were passages it was quite conceivable that even in the moments of tenderest expansion he should have withheld.

In other words he is emotionally costive, secretive, and withdrawn. She in her turn refuses to let him into her home until her aunt has died, because she fears what the aunt might reveal about her. It takes him ‘years and years’ to even learn her address.

It is then no wonder that the relationship between them is doomed to be unfulfilled. And yet there is a beautifully symbolic and delicately orchestrated scene of potential intimacy that takes place when Stransom visits her for the first time in her own home.

First of all she gives him an open invitation to return: ‘You can always come now, you know’. Then she invites him into her own private room, which they reach via a ‘narrow hall’. Once inside she sits beside him on a sofa and takes his hand in hers whilst she tells him she has forgiven Acton Hague.

The scene is very lightly suggestive of what could exist between them, and it is echoed in the final scene when she comforts him in the church as he is dying, but by then it is then Too Late.

Like The Beast in the Jungle there is a wonderful evocation of years and years slipping by as they both become older and nearer to death. At the start of the story Stransom is ‘an elderly man’ of fifty-five and by the repetition of small phrases such as ‘months passed … years later … they were growing old together in their piety’ – a whole lifetime seems to drift by, and at the end of only twenty pages he is expiring in the church from a weak heart. The woman when he first meets her at the music recital is ‘pretty’, yet in no time ‘her faded beauty was like a summer twilight’

James certainly saw Stransom’s devotion in quite a positive light in the plans he made for the story in his Notebooks:

He cherishes for the silent, for the patient, the unreproaching dead, a tenderness in which all his private need of something, not of this world, to cherish, to be pious to, to make the object of a donation, finds a sacred, and almost a secret, expression.

However, it should be borne in mind that James’s notebooks entries recorded his original ideas for stories. The details and emphases might change during the process of composition. And conversely, his famous Prefaces which form the introductions to the New York Edition of The Novels and Tales of Henry James (1907-1909) were written a long time after the stories had been written and published. There is therefore considerable scope for post-rationalisation on James’s part. And of course we do not need to take as authoritative writers’ estimates of their own works. We should ‘trust the tale, not the teller’.

The Altar of the Dead – study resources

The Altar of the Dead – Classic Reprints edition – Amazon UK

The Altar of the Dead – Kindle eBook edition

The Altar of the Dead – eBook formats at Project Gutenberg

The Altar of the Dead – audio book at LibriVox

The Altar of the Dead – Henry James’s preface

The Altar of the Dead – plot summary

Distressed by the death of his fiancée, George Stransom devotes his adult life to keeping the memory of her alive. As he grows older, further names of friends are added to his personal roll call of the Dead.

In a cemetery he discovers an old church, inside which there is an empty altar that he decides to consecrate for his own personal use. He lights candles to the memory of all his dead friends – except one, Acton Hague, with whom he quarrelled.

In the course of his regular visits he meets a fellow mourner, a woman with whom he shares his altar. They know nothing personal about each other, except the fact that she is mourning one particular person, whilst he mourns several.

Following the death of her aunt, with whom she lives, the woman invites him to her home, where he realises that her mourning is for Acton Hague his former friend. Hague has done the woman some terrible wrong, but she has forgiven him. Feeling that he is getting older, Stransom wants her to devote herself to his shrine in the event of his own death. She wants him to add a candle for Acton Hague, but he refuses.

This difference splits them apart, and Stransom is left to realise that when he himself dies, the whole of his sacred memories will die with him. In failing health he returns to the church where he has a powerful vision of his former fiancée, and feels he ought to forgive Acton Hague.

His un-named woman friend has also returned to the church, having felt that their difference over Acton Hague is no longer significant. He offers to add another one candle on the altar, but she dismisses the idea. She has come to take up the memory of his collective – and she does so just as he dies beside her.