The Beldonald Holbein first appeared in Harper’s Magazine for October 1901. It was later collected with other tales in The Better Sort published in London by Methuen and in New York by Scribner in 1903. 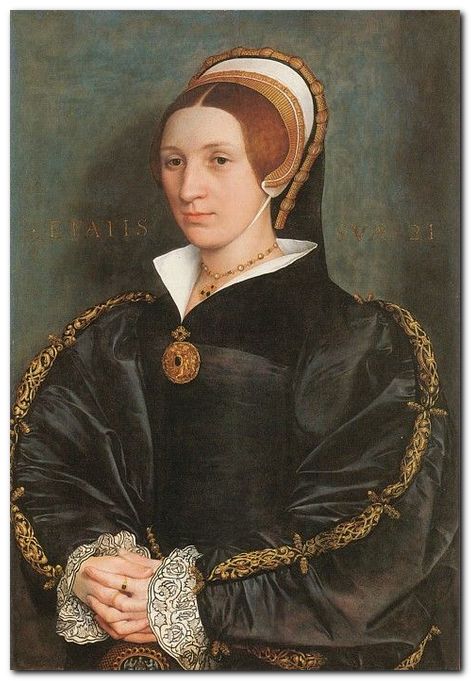 This is one of a number of stories Henry James wrote about artists – usually portrait painters. As a young man James had studied art, and the interest stayed with him throughout his long career as a novelist. In fact it is the relationship between visual and literary art which lies at the centre of this tale – and creates its central problem.

James enthusiastically records in his notebooks the original idea for this story – what he often calls the donné of the tale:

… little old ugly, or plain (unappreciated) woman, after dull, small life, in ‘aesthetic’ perceptive ‘European’ ‘air’. Element in it of situation of some other American woman (who has had lots of ‘Europe’ always) —thought so pretty (and so envied by my heroine) when younger&mdsh;and now so ‘gone’.

All these elements are present in the finished tale. Mrs Brash comes from her obscure American life and is specifically employed as an ugly old woman by the vain Lady Beldonald to act as a contrast to her own good looks. But the narrator and his friend Outereau see in Mrs Brash an unappreciated beauty of a kind they liken to a portrait by Holbein.

More than that, Lady Beldonald eventually realises that Mrs Brash is failing to fulfil the role for which she has been employed, and we are led to believe that Mrs Brash is despatched back to America where she sinks once again into plain obscurity.

This presents readers with a problem. How can Mrs Brash be ‘ugly’ when she first appears in the narrative, then miraculously becomes ‘attractive’ in the eyes of the narrator, Outereau, and Mrs Munden? It is obvious that they appreciate something in Mrs Brash’s appearance which has been neglected by her fellow Americans. But we have no way of knowing if these critical assessments are valid or not: all the information at our disposal is mediated via the un-named narrator.

The Beldonald Holbein – Paperback – Amazon US

Part I   Mrs Munden proposes to the un-named narrator, an artist, that he paint a picture of her sister-in-law, the elderly but beautiful Lady Nina Beldonald. The commission is agreed but delayed because of the death of Nina’s black servant Miss Dadd, who has been hired to throw Nina’s beauty into sharp contrast.

Part II   Miss Dadd is replaced by an American relative Mrs Louisa Brash, who Nina employs because she is old and plain. But the narrator and his friend Paul Outreau feel that she is in fact a specially attractive ‘type’ – like a figure in a Holbein painting. The narrator asks Nina if he can paint Mrs Brash’s portrait, but she finds his suggestion offensive.

Part III   Nina cancels the commission for her own portrait. The narrator reconstructs Mrs Brash as an attractive figure who has not appreciated her own advantages. Having been ‘plain’ all her life, he wonders if she will be able to cope with being seen as attractive.

Part IV   The narrator and Mrs Munden feel responsible for Mrs Brash, who they fear may be turned away if she fails to perform the function for which she has been hired – which is to present a contrast to Lady Beldonald. However, they also feel they owe it to her to celebrate her attractiveness.

The Scholar’s Guide to Web Sites
An old-fashioned but major jumpstation – a website of websites and resouces.
Henry James – The Complete Tales
Tutorials on the complete collection of over one hundred tales, novellas, and short stories.