The Diary of a Man of Fifty first appeared in Harper’s New Monthly Magazine and Macmillan’s Magazine for July 1879. The first English book version appeared later the same year in the collection The Madonna of the Future and Other Tales published by Macmillan. 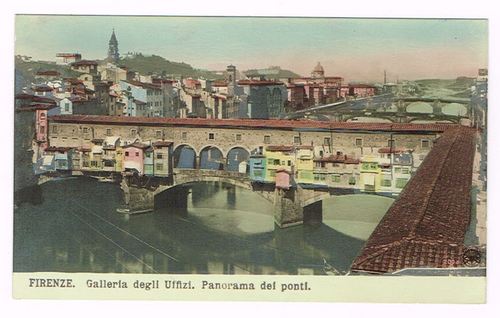 The Diary of a Man of Fifty – critical commentary

This tale is one of James’ least-known stories, and he didn’t even include it in the twenty-four volume New York Edition of his Novels and Tales (1907-09). It’s also rather unusual, because it’s written in the form of a journal. James normally liked to keep the narrative and the point of view tightly under his own control in the form of a first person or omniscient third person narrator. The only other instances of his using the diary and journal forms in his tales were A Landscape Painter (1866), A Light Man (1869), and The Impressions of a Cousin (1883).

The General is very forcibly struck by the parallels between his own situation and Stanmer’s. The General was in love with the beautiful Countess twenty-five years previously, and now he meets young Stanmer who is enchanted by her equally alluring daughter, and who bears the same name – Bianca. The General felt betrayed by the Countess when she married his rival, Count Camerino, and he feels that Stanmer is likely to be ill-treated by Bianca in the same way – though he has no evidence to support this notion.

Stanmer feels that the General is pursuing the ‘analogy’ too far, and resists the attempts to persuade him of any danger. And in the end, Stanmer does marry Bianca, and he is happy according to his own report. So for once in these cautionary tales about the dangers of marriage, the protagonist’s fears seem to be overturned. The General is left wondering what might have been, and the reader is left wondering if he is another candidate for James’s collection of unreliable narrators – a man who is so blinded by his own past experience and lack of real perception that he is unable to correctly interpret the world he inhabits.

It is difficult to form a clear judgement on this issue – because we do not have sufficient independent evidence. But it is worth noting (in the balance of its being a ‘cautionary tale’) that both the Countess and her daughter Bianca ‘lose’ three husbands between them – all of whom die in duels brought about because of rivalry and jealousy. So no matter what we think in the choice between Stanmer and the General, the state of matrimony is depicted as a zone of conflict and potential death.

The Diary of a Man of Fifty – Classic Reprint edition

The Diary of a Man of Fifty – Kindle edition

The Diary of a Man of Fifty – eBook formats at Gutenberg

The Diary of a Man of Fifty – plot summary

An English army general of fifty-two returns to Florence twenty-five years after a romance with Countess Falvi, a woman who has died ten years previously. He revisits the places they used to frequent together.

He then meets Edmund Stanmer, a young English traveller of twenty-five who is acquainted with the Countess’s daughter Bianca. The General takes a liking to him, feeling that he is a reminder of his younger self.

Stanmer arranges a meeting between Bianca and the General, who is at first reluctant to follow it through, because his memories of her mother are that she was a dangerous woman.

However, when he goes to see Bianca the next day she is charming and attractive. They reminisce about her mother. Bianca lost her own father when she was young; her mother re-married, and she also lost her own husband three years previously.

The following day the General warns Stanmer that Bianca is an actress and a coquette, just like her mother. Stanmer resents the comparison and wants to know what the mother did to hurt the general – but he initially passes up on the opportunity to hear what it was.

Next evening at the Casa Salvi the General learns that Bianca’s stepfather was killed in a duel. They discuss Stanmer together , and Bianca asks the general to ‘explain’ her to his young friend.

The General continues to warn Stanmer about Bianca, but admits that he finds her fascinating. He then stays away from the Casa Salvi for a while, uncertain about his intentions regarding Stanmer.

But then Stanmer demands to know what happened between the General and the countess. The General reveals that he was jealous of Count Camerino, who was a suitor to the Countess, and who killed her husband in a duel caused by jealous rivalry – though another man (acting as his second) was deemed responsible. The General was horrified when the Countess married the man who had killed her own husband, and he left Florence, never to see her again.

The General takes his leave of Bianca, who reproaches him for having deserted her mother at a time when she needed a protector.

The general later hears that Stanmer married Bianca. The two men meet again in London some time later, where Stanmer tells the General that he was wrong about his account of the Countess, and that maybe she really did need his protection. This causes the general to doubt his own judgement, and he thinks it might be possible that he has made a mistake.