The Portrait of a Lady (1881) is generally regarded as the masterpiece of James’s middle period. Isabel Archer, a young American woman with looks, wit, and imagination, arrives to discover Europe. She sees the world as “a place of brightness, of free expression, of irresistible action”. Turning aside from suitors who offer her their wealth and devotion, she follows her own path.

But that way leads to disillusionment and a future as constricted as “a dark narrow alley with a dead wall at the end”. James explores here one of his favourite themes – the New World in contest with the Old. In a conclusion that is one of the most moving in modern fiction, Isabel is forced to make her final choice.

The Portrait of a Lady – plot summary

Isabel Archer, originally from Albany, New York, is invited by her maternal aunt, Lydia Touchett, to visit Lydia’s rich husband Daniel at his estate near London, following the death of Isabel’s father. There, she meets her cousin Ralph Touchett, a friendly invalid, and the Touchetts’ robust neighbor, Lord Warburton.

Isabel later declines Warburton’s sudden proposal of marriage. She also rejects the hand of Caspar Goodwood, the charismatic son and heir of a wealthy Boston mill owner. Although Isabel is drawn to Caspar, her commitment to her independence precludes such a marriage, which she feels would demand the sacrifice of her freedom. The elder Touchett grows ill and, at the request of his son, leaves much of his estate to Isabel upon his death. 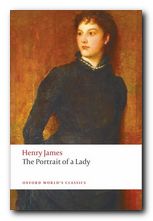 With her large legacy, Isabel travels the Continent and meets an American expatriate, Gilbert Osmond, in Florence. Although Isabel had previously rejected both Warburton and Goodwood, she accepts Osmond’s proposal of marriage. She is unaware that this marriage has been actively promoted by the accomplished but untrustworthy Madame Merle, another American expatriate, whom Isabel had met at the Touchetts’ estate.

Isabel and Osmond settle in Rome, but their marriage rapidly sours due to Osmond’s overwhelming egotism and his lack of genuine affection for his wife. Isabel grows fond of Pansy, Osmond’s presumed daughter by his first marriage, and wants to grant her wish to marry Ned Rosier, a young art collector. The snobbish Osmond would rather that Pansy accept the proposal of Warburton, who had previously proposed to Isabel. Isabel suspects, however, that Warburton may just be feigning interest in Pansy to get close to Isabel again.

The conflict creates even more strain within the unhappy marriage. Isabel then learns that Ralph is dying at his estate in England and prepares to go to him for his final hours, but Osmond selfishly opposes this plan. Meanwhile, Isabel learns from her sister-in-law that Pansy is actually the daughter of Madame Merle, who had an adulterous relationship with Osmond for several years.

Isabel visits Pansy one last time, who desperately begs her to return some day, something Isabel reluctantly promises. She then leaves, without telling her spiteful husband, to comfort the dying Ralph in England, where she remains until his death.

Goodwood encounters her at Ralph’s estate and begs her to leave Osmond and come away with him. He passionately embraces and kisses her, but Isabel flees. Goodwood seeks her out the next day, but is told she has set off again for Rome. The ending is ambiguous, and the reader is left to imagine whether Isabel returned to Osmond to suffer out her marriage in noble tragedy (perhaps for Pansy’s sake) or whether she is going to rescue Pansy and leave Osmond.

The Portrait of a Lady – Oxford World Classics – Amazon UK

The Portrait of a Lady – Oxford World Classics – Amazon US

The Portrait of a Lady – Wordsworth Classics – Amazon UK

The Portrait of a Lady – Wordsworth Classics – Amazon US

The Portrait of a Lady – Penguin Classics – Amazon UK

The Portrait of a Lady – Cliff’s Notes – Amazon UK

The Portrait of a Lady – Penguin Classics – Amazon US

The Portrait of a Lady – Kindle eBook edition

The Portrait of a Lady – eBook version at Project Gutenberg

The Portrait of a Lady – audioBook version at LibriVox

The Portrait of a Lady – audio book (abridged, with music)

The Portrait of a Lady – characters

The Portrait of a Lady – film version

The Portrait of a Lady – further reading