The Siege of London first appeared in The Cornhill Magazine in January—February 1883. The magazine had been edited until the year before by Leslie Stephen, who was the father of Virginia Woolf. James was in fact a friend of the family, and it is highly likely that Leslie Stephen had personally accepted the story for the magazine. 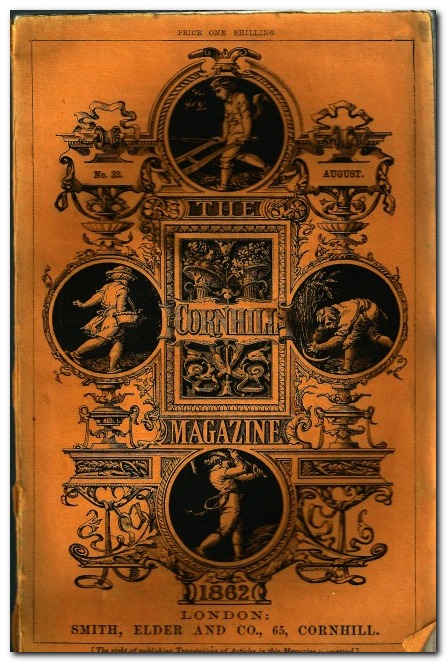 The Siege of London – critical commentary

The main theme of this story is fairly easy to understand and is directly related to its slightly ironic title. Mrs Headway lays siege to London in the sense of establishing her right to a place in its upper social echelons. She is an ambitious and very determined woman with a rather murky past, which technically should prohibit her from making such inroads.

But she has preserved her good looks, and is referred to as the ‘Texan Belle’. It is these lures with which she has entrapped the somewhat naive Sir Arthur Demesne, who Littlemore describes as ‘a nonentity of the first water’.

Demesne’s mother searches desperately for information about Mrs Headway’s ‘past’ – to confirm her suspicions that she is not a respectable woman. But since nobody else except Littlemore knows anything about her past life, such efforts to reveal blemishes are thwarted.

Mrs Headway has her goals firmly in mind, and she is completely realistic about her life chances. She realises that she has a murky past, and that Sir Arthur is her last chance of gaining a place in upper class European society.

Given this theme, and the fact that Mrs Headway’s plan has already succeeded, it is rather curious that Littlemore, after protecting the reputation of his old friend from enquiry throughout the story, suddenly reveals the truth to Lady Demesne.

He knows that the couple are engaged but not yet married, but the only possible profit he can gain from revealing the truth to Lady Demesne is a patriotic blow against English class snobbery, which he neither expresses nor entertains. He merely tells her that the information will not help her in any way. That turns out to be true – but it is another reason why Littlemore need not have made the revelation.

The Siege of London – study resources

The Siege of London – CreateSpace edition

The Siege of London – Kindle edition

The Siege of London – HTML edition

The Siege of London – plot summary

I. Rupert Waterville and his friend George Littlemore meet Mrs Headway at the Comédie Francaise in Paris. She has known Littlemore in the past, has been much married and divorced, and has previously been Mrs Grenville and Nancy Beck. She is bold, outspoken, and from the ‘wild west’ of America. Littlemore has a slightly dissolute past, but has made his money in a silver mine and now professes to have no ambition. Waterville looks up to him as a model of sophistication.

II. When Littlemore visits Mrs Headway she reveals to him her burning ambition to ‘get on in European society’ and appeals to him for help. She wishes to be introduced to his sister, who lives in London. He is cautiously reserved about such prospects, because he perceives her to be brash and opportunistic.

III. Sir Arthur Demesne is completely infatuated with Mrs Headway, but he is naive and cannot understand why she does not have more friends. Being a raffish and lose woman from a completely different country and culture to his own, she is a mystery to him.

IV. Waterville worries that Mrs Headway might ask to be ‘introduced’ to polite society in London, which would compromise his reputation as a diplomat. Whilst Demense’s mother visits Paris to keep an eye on him, Waterville takes Mrs Headway to the Luxembourg Galleries to see modern French painters.

V. She reveals that Lady Demesne would be prepared to receive her, but that she ambitiously wants Lady Demesne to visit her. She wishes to accumulate social status, and is sorely piqued by the way she was ignored in New York society.

When they return to her hotel, Sir Arthur Demesne has brought his mother to meet her. Demesne also calls on Littlemore hoping to gain information on Mrs Headway’s ‘background’, but doesn’t get any.

But Lady Demese only visits Mrs Headway once, and concludes that she is a worthless trollop. Littlemore is recalled to America on business, Waterville goes to London, and Mrs HGeadway goes to Rome where (she claims) she entertains nobility.

VI. The following year Waterville is invited to Longlands by Lady Demesne where Mrs Headway is also a guest. Waterville feels some sympathy for her, surrounded as she is by centuries of English tradition. But when he speaks to her she accuses him of spying on her. She later reveals that she thinks Lady Demesne is trying to halt her social progress and prevent her marriage to Sir Arthur. Lady Demesne asks Waterville for information on Mrs Headway, but he refuses to criticise her.

VII. When Littlemore returns from America, Waterville warns him that Mrs Headway is now an accepted social success. Mrs Headway warns Littlemore that Lady Demesne will wish to quiz Littlemore about her ‘past’ and prevent any marriage to Sir Arthur, which is precisely what she now wants.

VIII. Littlemore’s sister Agnes Dolphin receives a letter from Lady Demesne asking about Mrs Headway. Agnes asks her brother to confirm everybody’s worst fears about Mrs Headway, but he defends her right to ‘succeed’ socially. They disagree about the issue. She wishes to preserve the traditions of English exclusiveness which she has embraced with all the fervour of a proselyte: he wishes to defend an American democratic right to get on in the world.

IX. Mrs Headway once again summons Littlemore to support her as her oldest friend. However, it’s a trick to force him to meet Sir Arthur. But when Littlemore asks Sir Arthur if he wants to ‘know’ anything about his bride-to-be, Sir Arthur rejects the offer and becomes engaged to Mrs Headway.

X. Lady Demesne finally confronts Littlemore at his sister’s house and asks him directly about Mrs Headway. He confirms that she is not ‘respectable’, which is what she feared. The marriage goes ahead anyway.