The Spoils of Poynton (1896) is a short novel which James wrote in his late period, following the catastrophe of his excursion into the theatre, just before the composition of What Masie Knew, The Wings of the Dove and The Golden Bowl. It was first serialised in the Atlantic Monthly under the title of The Old Things then extensively revised by James for publication as a single volume in 1897. 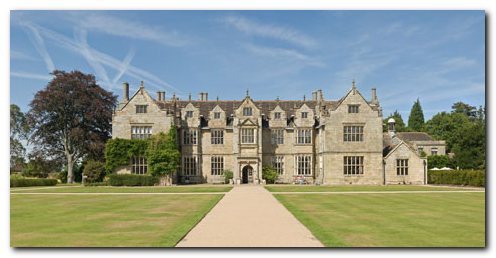 Even though the novel ostensibly concerns a battle of wills over the possession of a beautiful contry house and its collection of antiques and furnishings, there is very little description of these objects themselves. They are merely presented (and accepted) as ‘wonderful’. Nevertheless, James includes a delicate sprinkling of very witty observations about good taste (and lack of it) in the decoration of houses. This was an interest he shared with his friend and fellow-novelist Edith Wharton, whose seminal work on the subject, The Decoration of Houses (1897) was published at exactly the same time as The Spoils of Poynton.

The Spoils of Poynton – critical commentary

One of the most striking features of The Spoils of Poynton is its similarity to Jane Austen’s Mansfield Park (1814). Both are about the forces competing for moral dominance focussed on the possession of a country house. Both feature heroines who are young, relatively poor, and who uphold scrupulous, even fastidious standards of rectitude which cause them to put themselves under a great deal of emotional stress.

Fleda Vetch is separated from her family, and lives under the bounty of Mrs Gereth, just as Fanny Price lives with her richer uncle and aunt Bertram at Mansfield Park. Fleda is much of the time secretly in love with her protectress’s son Owen, as is Fanny with Edmund Bertram.

Both Owen Gereth and Edmund Bertram are unaware that they are selflessly loved and protected by the heroine of the narrative, and meanwhile make relationships with other women who are morally suspect (Mona Brigstock and Mary Crawford respectively).

Both heroines choose to keep their feelings hidden from others, and endure enormous amounts of self-sacriifice and denial in order to protect the object of their affections. Both of them maintain incredibly high standards of moral scruple in the face of other characters tempting them to do otherwise.

In both cases an inheritance and rise in social position is at stake. The stories are variations of the Cinderella theme. But the difference is that Fanny Price eventually gets her man, whereas Fleda Vetch waits too long and loses both her man, Owen Gereth, and the treasures of Poynton Park, which goes up in flames.

The Spoils of Poynton – study resources

The Spoils of Poynton – Oxford Classics – Amazon US

The Spoils of Poynton – Penguin Classics – Amazon US

The Spoils of Poynton – eBook editions at Gutenberg

The Spoils of Poynton – plot summary

Mrs Adela Gereth has lovingly nurtured a collection of art objects and furnishings in a grand old house at Poynton Park, but when her husband dies the property is inherited by her naive son Owen. She fears he will marry someone with no taste and the spirit of the house will become neglected or even violated. She befriends the sensitive and intelligent Fleda Vetch to share her concerns. But Owen becomes engaged to Mona Brigstock, who has no feeling for aethetic beauty at all, and who merely sees Poynton as a material acquisition. Fleda is in love with Owen, but conceals the fact.

When Mona demands that Mrs Gereth vacate Poynton as a condition of her marrying Owen, Fleda feels divided loyalties between helping Owen or his mother. Mrs Gereth goes to live at Ricks, a much smaller house which has been allocated to her, but she also takes all the best items from the collection at Poynton. Mona threatens to call off the marriage to Owen unless the goods are returned. Owen asks Fleda to negotiate with his mother for the return of the goods. She perversely dissimulates her love of Owen to Mrs Gereth in order to preserve what she perceives to be his ‘honour’. However, Mrs Gereth devines the truth of the matter and offers to hand over Poynton and its contents if Fleda will marry Owen.

Mona meanwhile delays the marriage and her mother Mrs Brigstock discovers that Owen has fallen in love with Fleda. Owen and Fleda eventually declare their love for each other, but she insists that Mona must first give him up voluntarily, so that he does not break his promise to marry her.

Knowing that her son and Fleda are in love and likely to marry, Mrs Gereth returns the ‘spoils’ to their spiritual home at Poynton. But Mona takes that as a signal for action, and holds Owen to his promise. They marry quickly, secretly, in a registry office.

Mrs Gereth and Fleda go to live at a much-improved Ricks, whilst Mona and Owen leave Poynton to go on a long vacation in India. Fleda eventually receives a letter from Owen offering to let her select a small momento from the objects at Poynton – but when she arrives there to do so, she finds that the house and its contents have been destroyed in a fire.