The Symbol was not published during Virginia Woolf’s lifetime. Her diaries in the late 1930s record her intention to write something which involved snow and the top of a mountain: ‘There are very few mountain summit moments. I mean, looking out at peace, from a height’. It is interesting to note that this seemingly positive image of a mountain top as the subject of a story contains no hints of the complexities of the narrative or the event which undercuts the ending in its finished version. 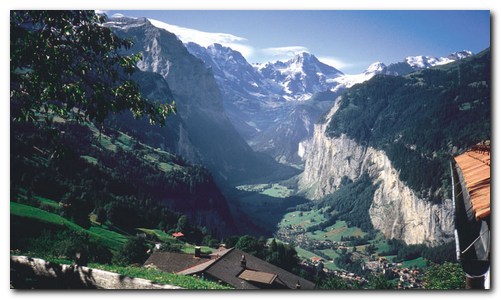 Some of Virginia Woolf’s experimental short stories are not much more than static tableaux – non-dramatic sketches of situations held together by related images (Kew Gardens). Some of them might be structured merely by the passage of time (Monday or Tuesday) or by the play of individual imagination (The Mark on the Wall). Others might introduce dramatic tension and the human subjects of conventional prose fiction – only to destroy them as misleading constructions of the imagination (An Unwritten Novel).

The Symbol is Woolf’s version of the ‘surprise ending’ – a story which appears to be concerned with one thing, but which turns out to be about something else – which is precisely the function of the symbol or the metaphor. It is significant that this story originally carried the title ‘Inconclusions’ but was replaced by ‘The Symbol’ during the revision of the typescript some time in 1941 – thus representing her last possible thoughts on the matter.

The mountain is there as a symbol of a challenge which attracts young men to explore it, to climb up it, and to overcome the dangers that it represents. The death of her dying mother is the guilt-inducing symbol of what the letter-writer wishes for – a life free from parental servitude with the possibility of following the family tradition of travel and exploration.

She has wished to explore, like the young men climbing the mountain, but instead has eventually taken the safe option of marriage. There is very little evidence in the text to suggest that a direct comparison is being made, but since there is no other substantial material in the narrative we are free to draw this inference.

The death of the mountaineers might seem to come as a surprise at the end of the story, but in fact all elements of the outcome of the story have been flagged up in the opening paragraph. The snow is ‘dead white’ [my emphasis]; the atmosphere on the mountain is ‘too high for breathing flesh or fur covered life’; and in the valley below there are ‘graves in the churchyard … recorded the names of several men who had fallen climbing’.

The letter-writer reflects upon the danger that the mountain represents to the local villagers, but does so with a thought which fits exactly her own situation when nursing her dying mother: ‘Ought one not to be ashamed of dwelling upon what after all can’t be cured?’

The setting of the story is an Alpine summer resort visually dominated by the local snow-capped mountain. On the balcony of a local hotel an un-named woman is writing to her sister in England, whilst below a young man she knows vaguely is part of a group preparing for the ascent. She thinks the mountain is a symbol, but isn’t quite sure of what.

She reflects on her earlier life when she nursed her dying mother, and thinks how her mother’s death seemed to her at the time like a symbol – because it would release her from caring into the freedom to get married. Coming from an Anglo-Indian family of explorers, she had a desire to explore for herself, but opted for marriage instead.

In her letter she likens the Alpine resort to Birmingham, and mentions that the inhabitants (largely invalids) are dominated by their consciousness of the mountain, and she wonders if it could be ‘removed’ from them as an impediment. But she thinks it is perhaps selfish to be concerned with something which cannot be changed, and has been assured that the mountain is quite safe and benign.

Later that night she learns that the mountaineers, including the young man, have died trying to climb the mountain.

Virginia Woolf Miscellany
An archive of academic journal essays 2003—2014, more than 25 issues that were published between 1975 and 2002, and featuring news items, book reviews, and full length studies.