The Third Person first appeared in a volume of stories published under the collective title The Soft Side in 1900. It is one of his many variations on the theme of the ghost story – this one being amusingly satirical. 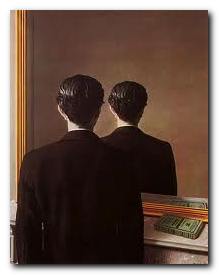 Henry James included a number of ghost stories amongst his production of shorter fictions. They were quite popular towards the end of the nineteenth century, and he was quite happy to respond to the commercial demand.

[It should be kept in mind that James employed many techniques to enhance his professional productivity. He hired a stenographist to take his compositions from dictation, and he hired an agent to handle his work in the world of proliferating magazines, journals, and publishing houses – both in England and America.]

The ghost stories range from the deadly and serious The Turn of the Screw in which one character (a child) is literally scared to death, via the similar Owen Wingrave, to playful narratives in which the characters see or believe in ghosts but we the reader are not called on to do so. Sir Edmund Orme even has a benevolent ghost whose task is to protect others from what he suffered.

The Third Person falls into this second category of amusing ghost stories. Two romantically imaginative elderly ladies inherit an old house, and as part of their appreciation of its history they conjure into being their scandalous ancestor. They do so in a spirit of competitive romanticism, and as usual in narratives of this kind there is no corroborative evidence to support the ‘sightings’ of the ghost. We are left in no doubt that they are figments of the ladies’ respective imaginations.

Tauchnitz was a firm of German publishers in Leipzig who originally produced dictionaries, Bibles, and editions of Greek and Roman classics. When they first introduced cheap paperback English language editions in the mid nineteenth century there were no general copyright agreements, so the books were printed with a warning on their front cover “Not to be introduced into England or into any British colony”.

This prohibition was widely ignored by travellers. Mainland Europe was seen as fertile ground for sexual laxity by the British during the nineteenth and early twentieth century, so anything ‘imported’ from there carried with it the suggestion of immorality. It is therefore deeply ironic that it is the vicar who puts the idea of the smuggled Tauchnitz novel into Amy’s head.

The Third Person – read the story on line

Part I. Two elderly and ‘artistic’ spinsters Susan and Amy Frush unexpectedly inherit an old house near the south-east coast of England. They decide to live there together, and hope to uncover some romantic or even scandalous secret from its past. When they discover a bundle of old letters in the cellar, they enlist the help of the local vicar in revealing its contents.

Part II. The same night Susan Frush sees a man in her bedroom with his head twisted on one side. .Conferring with her younger cousin Amy, they rapidly assume and celebrate the fact that the house is haunted by their own personal ghost. Shortly afterwards the vicar, having studied the old papers, reveals that their ancestor Cuthbert Frush was hanged.

Part III. After a further appearance of the ghost (this time to Amy) they manage to persuade themselves that he is both a handsome and attractive man. When the vicar then reveals that their ancestor was hanged for smuggling, they consider this a rather low-class and vulgar crime, but quickly put a romantic gloss on the facts of the case.

Part IV. As time goes on, the two cousins begin to feel a certain rivalry and possessiveness towards the ghost, who they now think of as their own ‘man in the house’. Susan invents meetings and sightings in order to assume the upper hand, and the two women quarrel over their respective levels of intimacy with the ghost.

Part V. Later they decide in a roundabout way to put an end to the ‘understanding’ they have regarding the ghost, but they are not sure what to do about it. Susan finally reveals that she has sent twenty pounds to the government tax office as an expiatory payment to compensate for her ancestor’s historic offence. Amy then travels to France for ten days and on return smuggles into the country a (by implication) scandalous paperback novel. In doing this they feel that they have finally exorcised the ghost by burying the fiction they have created and maintained.