The Wings of the Dove (1902) is one of James’s late, great masterpieces. Quite apart from the famous baroque prose style, it features many of his recurrent themes. American innocence pitched against European cunning. The plot is a complex love triangle which strains at the limits of what is morally acceptable. Even for modern readers, the scheming and motivations will seem quite shocking.

The heroine Kate Croy is in love with a man who hasn’t enough money to offer her a fashionable marriage. She thinks she can enhance her lover’s financial prospects by pushing him into the arms of a rich American heiress who is dying – but she doesn’t count on the unexpected results.

The setting is a Venice that includes the usual correlatives of disease and death. And a social depth which is more-than-usually concerned with issues of money, social status, and class mobility. Be prepared for long and complex sentences which strain many readers’ patience. 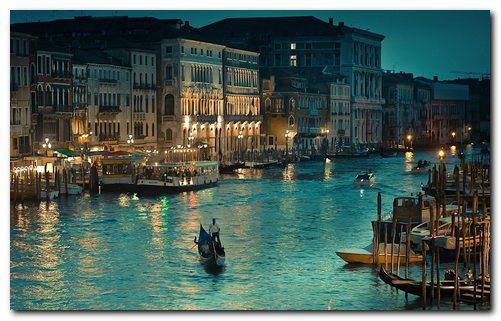 The Wings of the Dove – plot summary

Kate Croy and Merton Densher are two engaged Londoners who desperately want to marry but have very little money. Kate is constantly put upon by family troubles, and is now living with her domineering aunt, Maud Lowder. Into their world comes Milly Theale, an enormously rich young American woman who had previously met and fallen in love with Densher, though she didn’t reveal her feelings. Her travelling companion and confidante, Mrs. Stringham, is an old friend of Maud’s. Kate and Aunt Maud welcome Milly to London, and the American heiress enjoys great social success. 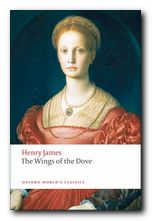 With Kate as a companion, Milly goes to see an eminent physician, Sir Luke Strett, because she’s afraid that she is suffering from an incurable disease. The doctor is noncommittal but Milly fears the worst. Kate suspects that Milly is deathly ill. After the trip to America where he had met Milly, Densher returns to find the heiress in London. Kate wants Densher to pay as much attention as possible to Milly, though at first he doesn’t quite know why. Kate has been careful to conceal from Milly (and everybody else) that she and Densher are engaged.

With the threat of serious illness hanging over her, Milly decides to travel to Venice with Mrs. Stringham. Aunt Maud, Kate and Densher follow her. At a party Milly gives in her Venice palazzo (the older Palazzo Barbaro, called “Palazzo Leporelli” in the novel), Kate finally reveals her complete plan to Densher: he is to marry Milly so that, after her presumably soon-to-occur death, Densher will inherit the money they can marry on. Densher had suspected this was Kate’s idea, and he demands that she consummate their affair before he’ll go along with her plan.

Aunt Maud and Kate return to London while Densher remains with Milly. Unfortunately, the dying girl learns from a former suitor of Kate’s about the plot to get her money. She “turns her face to the wall” and grows very ill. Densher sees her one last time before he leaves for London, where he eventually receives news of Milly’s death.

Milly does leave him a large amount of money despite everything. But Densher won’t touch the money, and he won’t marry Kate unless she also refuses the bequest. Conversely, if Kate chooses the money instead of him, Densher offers to make the bequest over to her in full. The lovers part on the novel’s final page with a cryptic exclamation from Kate: “We shall never be again as we were!”

The Wings of the Dove – Oxford World Classics – Amazon UK

The Wings of the Dove – Oxford World Classics – Amazon US

The Wings of the Dove – Wordsworth Classics – Amazon UK

The Wings of the Dove – Wordsworth Classics – Amazon US

The Wings of the Dove – Penguin Classics – Amazon UK

The Wings of the Dove – Norton Critical Editions – Amazon UK

The Wings of the Dove – 1997 film adaptation on DVD

The Wings of the Dove – eBook version at Project Gutenberg

The Wings of the Dove – authoritative text

The Wings of the Dove – audioBook at LibriVox

The Wings of the Dove – film version

This is a lush and beautiful film version of the novel from director Iain Softley. His London scenes are successful, but the film really comes alive visually in Venice, though it has to be said that the explicit sexual content is somwhat at odds with Jame’s original text, where everything is implied and suggested rather than made overt. Helena Bonham Carter gives a typically pouting and sexy performance as the emotionally scheming Kate Croy, and Alison Elliot is convincingly consumptive as the heiress Milly Theale. Even the costumes were nominated for an Academy award in this outstanding production which captures faithfully the spirit of the original novel.