To Please His Wife first appeared in Black and White magazine for June 1891 and was later collected in the first edition of Life’s Little Ironies published by Osgood, McIlvane in 1894. Hardy sold the rights to the story outright for £50 to the American publisher S.S.McLure. The weekly magazine Black and White also published work by Robert Louis Stevenson, Henry James, Bram Stoker, H.G. Wells, and Arthur Conan Doyle. 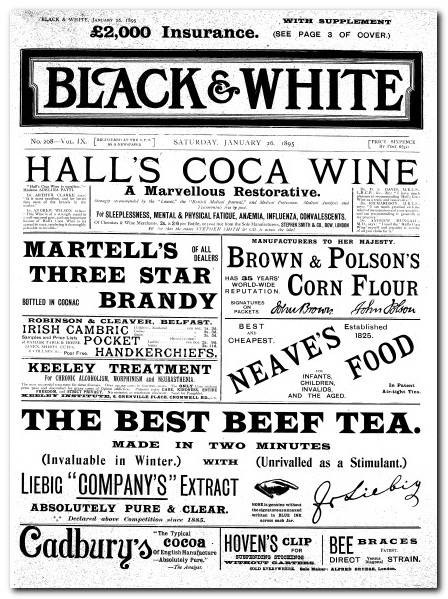 To Please his Wife – critical commentary

The tale is structured on a series of parallels or twinnings. The protagonist Jolliffe is attracted to two women at the same time, the friends Emily and Joanna, who are forced into rivalry with each other. Both the two women are shopkeepers, and eventually live opposite each other in the town, and both have two sons. Joanna’s sons both disappear at sea, whilst Emily’s sons are going on to university.

Even one of Thomas Hardy’s favourite plot devices (the letter which is not delivered) is used twice here. Joanna writes to Jolliffe revealing her lack of passion for him. But when she goes to deliver the letter, her competitive spirit is inflamed when she sees Jolliffe kissing Emily. Jolliffe (who knows nothing about her letter) then writes to Joanna in his turn, asking to be released from the engagement, but she insists on the marriage going ahead. So – two people enter a marriage, even though we know that both of them secretly wish to be released from it.

This is almost a primitive folk tale, but Hardy’s regular preoccupation with class, social status, and education all play a vital part in events. Joanna envies Emily’s rise in social status within the town. Emily’s sons, coming from a more prosperous family, will naturally go on to university, and thence to the ‘professions’, which at that time were the Church, the Law, and Medicine.

Joanna is fueled by envy and a competitive spirit regarding her former rival. But it is not for her own comfort and luxury that she spurs Jolliffe on to make more money; it is for the finance that will provide an education for her sons. That of course is the major tragedy of the story: it is Joanna’s ambition that drives to their (presumed) deaths both her husband and the very two sons she wishes to prosper. And just to rub in the tragic irony (of which Hardy was so fond) the name of the ship on which Jolliffe and his two sons set sail, never to return, is Joanna.

To Please His Wife – study resources

To Please his Wife – plot synopsis

Part I   Shipwreck survivor captain Shadrack Jolliffe arrives back in his home town of Havenpool ( Poole, Dorset) where he rapidly enchants Emily Henning, a solicitor’s daughter. However, her friend Joanna Phippard just as rapidly supersedes her in his affections. Jolliffe proposes marriage to Joanna and becomes engaged to her. She however, is not deeply in love with him, and writes him a letter, releasing him from his promise of marriage. But when she goes to deliver the letter, she sees Jolliffe withEmily. He is explaining to her that he feels confused, but then kisses her passionately, which inflames Joanna’s jealousy. Jolliffe then writes to Joanna asking her to release him from his promise of marriage, but when he meets her to discuss the matter she insists on maintaining the engagement, and he agrees as a man of ‘honour’.

Part II   Jolliffe marries Joanna, they have two sons, and they run a grocery shop, without much success. Meanwhile Emily marries Mr Lester, an older and more prosperous man. She too has two sons, and rises successfully in society. Joanna feels envy and rivalry towards Emily. Jolliffe admits that he is not a success in business and goes back to sea. He returns with money, but not enough for Joanna, who wants her sons to be well educated. But the only way they can make more money is for her sons to go to sea with their father – which they do, sinking all their savings into the enterprise.

Part III   The sons and father are a long time at sea, and Joanna’s business collapses completely. Socially thriving Emily takes pity on her and offers her accommodation. Six years later Joanna thinks she hears her husband and sons returning in the middle of the night, but when she gets up nobody is there. The implication is that they will never return.

To Please his Wife – principal characters