Two Countries (also known as The Modern Warning) first appeared in magazine form in Harper’s New Monthly Magazine in June 1888, alongside a story by James’s contemporary William Dean Howells and a poem by Wordsworth. It was then reprinted in book form amongst The Aspern Papers and Other Tales published in England and America by Macmillan later the same year. 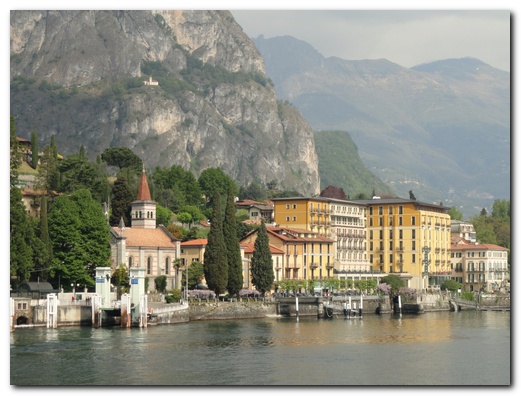 The tale begins well enough with an exploration of one of Henry James’s favourite themes – the differences between America and Europe – specifically Britain. The two capital cities of London and New York are represented by Grice’s work as a lawyer and Sir Rufus Chasemore’s as a member of the English parliament – though the first part of the story is set on Lago di Como in Italy.

Macarthy Grice is a pompous and self-regarding ass – but he is proudly American. He represents the new American spirit of self-reliant republican independence – a society which had thrown off the shackles of an old conservative monarchism in a revolutionary war only a hundred years before. So – Macarthy regards his sister’s alliance with the arch-Tory Sir Rufus as an act of personal and socio-political betrayal.

Sir Rufus is the epitome of arrogant English sangfroid, who hides beneath a carapace of relentless ‘good manners’, refusing to be rattled or show any discomfiture even under the most severe provocation. It is significant that he become a diplomat during the course of the story. His is the lofty superiority of a class which believes it is ‘born to rule’.

But we are led to believe that Sir Rufus takes his revenge on American attitudes in the critical work The Modern Warning he produces following his tour of the North American continent. And the warning is to modernizers in Britain. It is not clear if the book will eventually be published or not – or even if the galley proofs still exist.

This is the principal weakness of the story. We might well tolerate the uncertainty over the publication of The Modern Warning and see the story as an exploration of Anglo-American relationships. Something might even have been made of Agatha’s divided loyalties to her husband and brother.

But there is no persuasive reason given for her suicide. And it is just not plausible that she would commit such an act out of a fear of being disloyal to Macarthy. The story takes a very abrupt turn into the melodramatic at that point, from which it does not recover.

Part I.   Macarthy Grice, a pompous young American lawyer joins his mother and his attractive sister Agatha on holiday at Cadenabbia in the Italian lakes. He is annoyed to discover that they have befriended Sir Rufus Chasemore, a conservative English MP, with whom he spars verbally.

Part II.   Next day his mother reveals that they know Sir Rufus quite well, and that there might be an ‘understanding’ between him and Agatha. Macarthy is angry at the idea and suggests that they leave immediately for Venice. He would prefer his sister not to marry at all, and would regard marriage to an Englishman as a form of betrayal. He reads something critical of Sir Rufus in a newspaper, and then is surprised when the Englishman seems quite unruffled by their sudden decision.

Part III.   Agatha has agreed to the Venice move because she sees that encouraging Sir Rufus further would lead nowhere. Moreover, Sir Rufus does not like Americans in general. He pays court to her anew, and both reveal that they have Irish ancestors. Finally, he proposes to her, but she refuses on grounds that she must look after her mother, and not take her away from her bother. She also argues that he should visit America.

Part IV.   Five years later Mrs Grice has dies, and Agatha is now Lady Chasemore and has been married for a year. She is returning to the USA on holiday for the first time. Her bother Macarthy is still unmarried and living alone. He disapproves of her marriage as an unpatriotic act. Sir Rufus has been promoted and she enjoys living in London. Sir Rufus behaves well (as a diplomat) on their visit, but privately does not like the USA.

Part V.   Macarthy provides introductions for Sir Rufus, who examines American institutions, but the distance remains between the two men. When Sir Rufus makes a tour of the States and Canada alone, Agatha reconnects with New York and her brother. When Sir Rufus returns from his fact-finding tour, he declares that American women are ‘plain’ and the country as a whole is a ‘fraud’. He announces that he will write a book about America, based on his experiences. Macarthy Grice is sneeringly critical of the idea, and thinks that Britain is ‘finished’.

Part VI.   A year later back in England, Agatha is horrified by the galley proofs of Sir Rufus’s book. He has produced a scathing critique of American ‘democracy’ as a warning to the British. This causes Agatha to defend America and what it stands for.

Part VII.   When Sir Rufus returns the next day he cannot understand her objections. She knows that Macarthy will feel deeply wounded and betrayed. She argues with Sir Rufus late into the night, and appeals to him on the grounds of her Irish ancestry. Eventually he agrees not to publish The MOdern Warning, even though ‘his country’ would be the loser.

Following this Agatha admires her husband for the sacrifice he has made – and made with such good grace. However, she worries that she will never know his true thoughts and feelings, because they are eternally hidden behind his ‘good manners’. Then she begins to feel guilty for having robbed him of the opportunity to make a contribution to his country and for being the source of a disappointment to him.

Finally, she changes her mind completely and insists that he publish his book. Her brother Macarthy visits London on holiday, but is met with the news that she has committed suicide by taking poison. Sir Rufus accuses Macarthy of ‘killing’ her because she was so frightened by the prospect of facing him, but the two men are later reconciled in their common grief. Macarthy Grice goes to the continent for the remainder of his holiday, and the book may or may not be published.