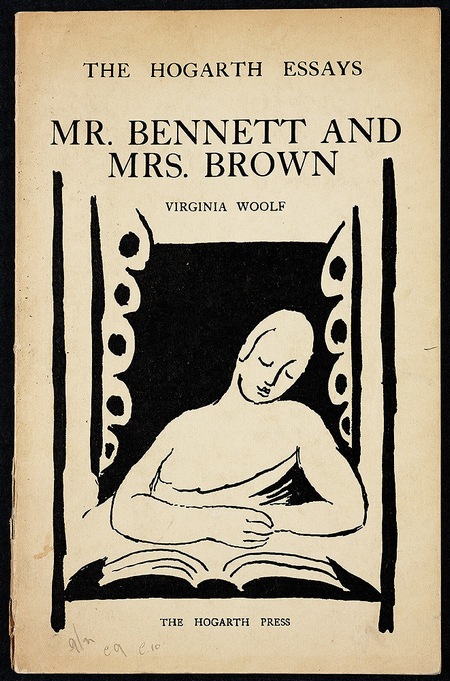 This was part of the first series of Hogarth Essays, which were published between 1924 and 1925. It was first written as a response to Arnold Bennett’s criticism of Jacob’s Room which appeared in Cassell’s Weekly in March 1923, and first published in the literary pages of the Nation and Athenaeum which was edited by Leonard Woolf. Later, it was re-worked and extended, then delivered as a lecture to an undergraduate literary society in Cambridge and published as ‘Character in Fiction’ in Eliot’s Criterion.

With the advantage of hindsight, we can see that Virginia Woolf’s essay number one and Eliot’s essay number four in the Hogarth series were two of the most significant statements by the early modernists in the refashioning of attitudes towards fiction and poetry. They have become minor classics, their terminology passing into the vocabulary of criticism.”