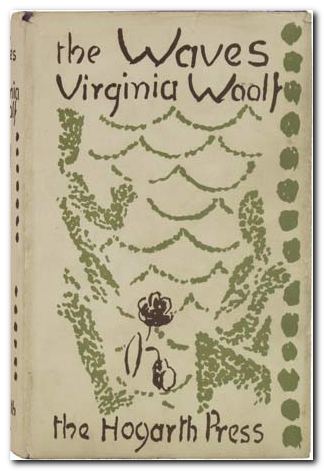 “Customarily, Virginia Woolf composed in longhand, writing in ink with an old-fashioned straight pen on the right-hand page of a manuscript book bound for her by the press. She reworked each page as she went, writing for two hours or more in the mornings. In the afternoons she would type up the morning’s work, usually making only minor corrections or changes. When she had completed the first draft of the novel, represented by a holograph and a slightly edited typescript, she would then retype the book from the beginning, making whatever revisions she felt necessary, sometimes scrapping whole sections and rewriting them in markedly different ways. The final shaping of the book took place in this stage. The resulting typescript, probably bearing the marks of further revisions in ink, was given to Leonard for his critical reading.

After this, Virginia would sometimes, as she did with The Waves, have a press secretary retype the text into a copy which she corrected for errors before sending it to R. & R. Clark to be set and printed. At some point either after the proofs were corrected or after each book was published, Virginia would destroy her typescripts, saving only the holograph copy, probably feeling … that it best represented her initial creative impulses and so was important to keep as a record of her artistic struggles. The Waves, however, is unique among her novels because she completely rewrote it from scratch, starting over with a new holograph version and resulting typescript. The two existing holographs … total 399 and 347 pages respectively.”