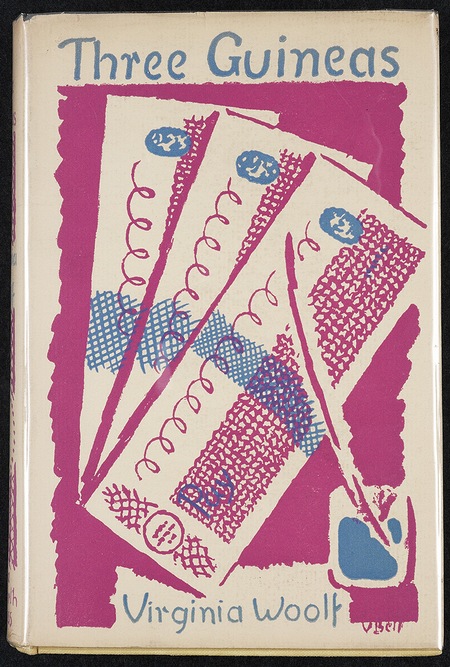 This is the second of Virginia Woolf’s overtly feminist polemics. In it, she develops the ideas first put forward in A Room of One’s Own and launches an incisive critique of the English establishment – concentrating on its principal bases of power – the House of Lords, the military establishment, the Church, and the educational system.

“Virginia Woolf’s reading notebooks and scrapbooks [reveal] how much labour went into [her] gathering of facts: twelve volumes of notes, including three scrapbooks compiled between 1931 and 1937. In the power, anger, wit, and satire of her attack on repressive masculine institutions, Woolf chose not to write in the discourse of a traditional historian, sociologist, politician, suffragist, or guildswoman. She developed her arguments, cited her examples, digressed through provocative and unorthodox footnotes, to flail the misogyny and militarism of the patriarchal establishment with all the craft of the essayist and novelist. If she took little notice of the feminist history or the sociopolitical status of women in the 1930s as documented by Strachey and others, her book proved so welcome an offensive against enduring male sexist attitudes that her sisters in the trenches overlooked her lapses. They gleefully applauded her achievement.”

Three Guineas considers women’s role in society, and more particularly, what they might do to prevent war.Woolf traces fascist elements within England’s education system and professions, highlighting monetary and material inequities of class and gender. She argues that “the public and the private worlds are insperably connected; that the tyrannies and servilities of the one are the tyrannies and servilities of the other”.