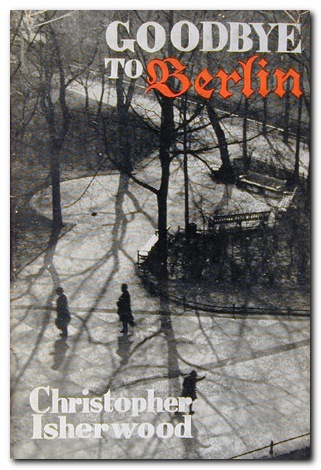 “Before leaving for China, Isherwood had completed “The Landauers”, “On Ruegen Island”, and “A Berlin Diary (Winter 1932-33)” and given them to John Lehmann, who was beginning his negotiations with the Woolfs to become managing director of the press. Lehmann collected the various stories from the first Berlin diary to the last and arranged them in novel form as Goodbye to Berlin (1939), and the novel was published by the Hogarth Press under Lehmann’s supervision in March.

Goodbye to Berlin, thanks in part to the audacious spirit of Sally Bowles, became another fast-selling, popular success for Isherwood and the Hogarth Press. Reviewers were generally enthusiastic, although troubled by the fragmented structure and the omnipresent narrator Christopher Isherwood who bore the author’s name. Few of them saw at the time the irony, art, and control with which Isherwood had shaped his characters and assembled his episodes. Edmund Wilson, almost alone, saw Goodbye to Berlin in terms that would become obvious to later more observant critics. Reviewing the American edition by Random House, Wilson noted that Isherwood was a master of social observation whose eye was “accurate, lucid and cool; and it is a faculty which brings its own antidote to the hopelessness and horror he describes”. Isherwood’s prose, added Wilson, was “a perfect medium for his purpose”, allowing the reader “to look right through Isherwood and to see what he sees”.