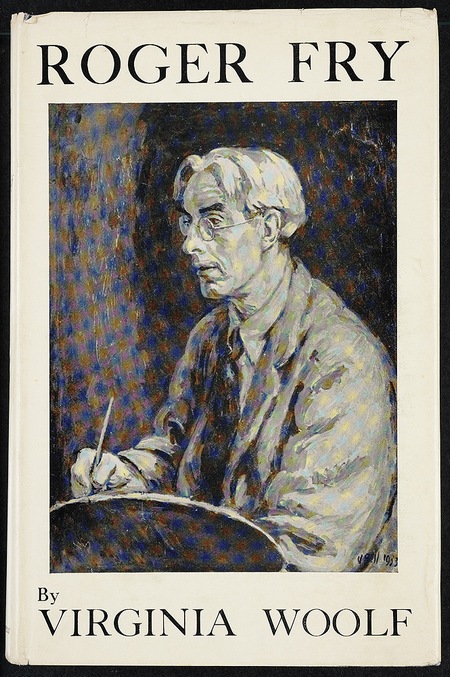 “Virginia’s biography of Roger Fry, a study of the painter and art critic, had been urged on her by Fry’s widow, Margery, and by Vanessa Bell after his death in 1934. It was her next book after Three Guineas (1938) and the last book she published with the press whilst she was still alive. Leonard thought she should not have undertaken it, and when it was completed, he thought it one of her four books written against the grain. Virginia often found the research and writing both restrictive and burdensome, curtailed as she was by propriety from treating openly Fry’s personal and sexual life (his passionate affair with Vanessa, for example); yet much of the work was intellectually and artistically challenging as she strove to create a critical biography of a man she had known and deeply admired since 1911.”