Crapy Cornelia was first published in Harper’s Magazine in October 1909. It appears in Volume XII of The Complete Tales of Henry James and is one of a number of stories he wrote which reflect on the time he had spent away from his native America, living in Europe. It also deals with an issue to which he returned over and again – the decision regarding marriage or bachelorhood. 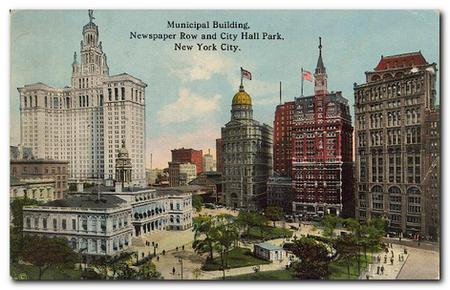 This story combines two themes which occur frequently in James’s late tales – the fear of marriage, and the ‘lost opportunity’ or ‘what might have been’. And it puts them into a context of nostalgia highlighted by his own return to the USA in 1904 after an absence of twenty-one years.

White-Mason has proposed marriage to women on three separate occasions in the past – but in each case he has done so ‘by the happiest instinct, only in impossible conditions’. The term ‘happiest’ here is very telling. It present’s White-Mason’s point of view. He is in fact glad that the marriage offers were not taken up.

In choosing ‘impossible conditions’ he is revealing that subconsciously he does not really want to get married. And the present case with Mrs Worthington proves to be a similar case in point.

He hesitates over proposing to Mrs Worthington, and claims to be irritated to find someone else with her when he calls – but he does not go back again to make his proposition. The remainder of the story is taken up with his conversation with Cornelia Rasch – who asks him twice if her would marry her. But he turns her down, just as he also decides not to ask Mrs Worthington, who we know from Cornelia’s account ‘adores’ him.

So he has plenty of opportunity to be married, but finds self-justifying reasons not to be. Yet he puts great store by the romantic association of objects, and he is keen to possess the photograph of his old flame Mary Cardew. Women are an attraction – so long as they are kept at a distance or objectified.

White-Masonis rather like John Marcher in The Beast in the Jungle and George Stransom in The Altar of the Dead – he is an egoist, locked exclusively into his own concerns to an extent that it cuts him off from the potentially remedial contact he could have with the people who surround him.

In weighing the two opportunities offered to him in the figures of Mrs Worthington and Cornelia Rasch, he thinks of them in terms of opposing responsibilities regarding the management of their respective fortunes

He had, for instance, the sense of knowing the pleasant little old Rasch fortune—pleasant so far as it went; blurred memories and impressions of what it had been and what it hadn’t, of how it had grown and how languished and how melted; they came back to him and put on such vividness that he could almost have figured himself testify for them before a bland an encouraging Board. The idea of taking the field in any manner on the subject of Mrs Worthington’s resources would have affected him on the other hand as an odious ordeal, some glare of embarrassment or exposure in a circle of hard unhelpful attention, of converging, derisive, unsuggestive eyes.

Everything is related to himself – so it is no surprise that at the conclusion he misses the chance of a beautiful and rich young woman who ‘adores’ him. He turns down almost scornfully the overtures of an older and more experienced woman who remembers his birthday and shares his sense of the past. And he settles for an old age devoted to nurturing memories of the past locked into material objects such as antique tables and old photographs.

Part I. White-Mason is in Central Park in New York on a spring afternoon. He is reflecting on previous unsuccessful offers of marriage he has made whilst deciding to make a new one to Mrs Worthington.

Part II. When he arrives at her house he finds her as pretty and charming as ever, but he feels annoyed that she has someone else with her – an old woman whom he ignores. But the woman turns out to be a very old friend who he has not recognised. Out of gallantry, he asks if he can visit her.

Part III. He leaves Mrs Worthington’s and returns to the Park, wondering why he did not propose as he intended. She is a new, modern young woman, but he fears that she will know nothing of ‘old New York’ and its values, whereas Cornelia Rasch is of his own generation.

Part IV. He then visits Cornelia and realises how much he values the shared experiences of a background in common and sees the limitations of the ‘new’ society that knows nothing of the ‘old’. Cornelia wonders why he doesn’t marry Mrs Worthington.

White-Mason revels in their exploration of the past. They even excavate his old relationship with Mary Cardew. He wonders why Cornelia has come back to New York from her European exile. She explains that it’s because she eventually felt old.

Part V. He explains his preference for the old things – which is why he cannot marry Mrs Worthington. Cornelia asks him if he wants to marry her. But he turns down her offer, explaining that he now realises that he like her is old, and that he just wants her to be his friend.