Far from the Madding Crowd (1874) was the first of Hardy’s novels to apply the name of Wessex to the landscape of south west England, and the first to gain him widespread popularity as a novelist. It originally appeared anonymously as a monthly serial in the Cornhill Magazine, and was revised extensively for its first publication in single volume format.

Heroine and estate-owner Bathsheba Everdene is romantically involved with three very different men. The dashing Sergeant Troy, who is handsome but unreliable; Farmer Boldwood, who is honourable but middle-aged; and man-of-the-soil Gabriel Oak, who is worthy and prepared to bide his time. The conflicts between them and the ensuing drama has lots of plot twists plus a rich picture of rural life.

Thomas Hardy is one of the few writers (D.H. Lawrence was another) who made a significant contribution to English literature in the form of the novel, poetry, and the short story. His writing is full of delightful effects, beautiful images and striking language.

He creates unforgettable characters and orchestrates stories which pull at your heart strings. It has to be said that he also relies on coincidences and improbabilities of plot which (though common in the nineteenth century) some people see as weaknesses. However, his sense of drama, his powerful language, and his wonderful depiction of the English countryside make him an enduring favourite.

At the beginning of the novel, Bathsheba Everdene is a beautiful young woman without a fortune. She meets Gabriel Oak, a young farmer, and saves his life one evening. He asks her to marry him, but she refuses because she does not love him. Upon inheriting her uncle’s prosperous farm she moves away to the town of Weatherbury. 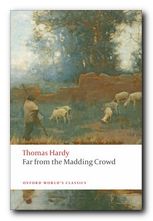 A disaster befalls Gabriel’s farm and he loses his sheep; he is forced to give up farming. He goes looking for work, and in his travels finds himself in Weatherbury. After rescuing a local farm from fire he asks the mistress if she needs a shepherd. It is Bathsheba, and she hires him.

As Bathsheba learns to manage her farm she becomes acquainted with her neighbor, Mr. Boldwood, and on a whim sends him a valentine card with the words “Marry me.” Boldwood becomes obsessed with her and becomes her second suitor. Rich and handsome, he has been sought after by many women. Bathsheba refuses him because she does not love him, but she then agrees to review her decision at some future date.

The same night, Bathsheba meets a handsome soldier, Sergeant Troy. She doesn’t know that he has recently made a local girl, Fanny Robin, pregnant and almost married her. Troy falls in love with Bathsheba, enraging Boldwood. Bathsheba travels to Bath to warn Troy of Boldwood’s anger, and while she is there, Troy persuades her to marry him.

Gabriel Oak has remained her friend throughout and does not approve of the marriage. A few weeks after his marriage to Bathsheba, Troy sees Fanny, poor and sick; she later dies giving birth to their child. Bathsheba discovers that Troy is the father. Grief-stricken at Fanny’s death and riddled with shame, Troy runs away and is thought to have drowned.

With Troy supposedly dead, Boldwood becomes more and more emphatic about marrying Bathsheba. Troy sees Bathsheba at a fair and decides to return to her. Boldwood holds a Christmas party, to which he invites Bathsheba and again proposes marriage. Just after she has agreed, Troy arrives to claim her. Bathsheba screams, and Boldwood shoots Troy dead. He is sentenced to life in prison. A few months later, Bathsheba marries Gabriel, who has become a prosperous bailiff.

Far from the Madding Crowd – Oxford World Classics – Amazon US

Far from the Madding Crowd – Wordsworth Classics – Amazon US

Far from the Madding Crowd – audioBook version at LibriVox

Far from the Madding Crowd – eBook versions at Gutenberg

John Schlesinger’s film adaptation (1967) has an outstanding sound track by Richard Rodney Bennett, and stalwart performances from an all star cast of Julie Christie as Bathsheba, Alan Bates as Gabriel Oak, Terence Stamp as Sergeant Troy, and Peter Finch as Boldwood – plus delicious a country bumpkin role for Freddy Jones. The film was shot by now-director Nicolas Roeg (Don’t Look Now and Bad Timing) and the screenplay was written by novelist Frederic Raphael. This film is a visual treat which has stood the test of time.

Far from the Madding Crowd – title

Hardy took the title for his novel from Thomas Gray’s poem Elegy Written in a Country Churchyard (1751):

Far from the madding crowd’s ignoble strife
Their sober wishes never learn’d to stray;
Along the cool sequester’d vale of life
They kept the noiseless tenor of their way.

The title is often mis-quoted as ‘Far from the Maddening Crowd’ – though interestingly, both words mean the same thing. 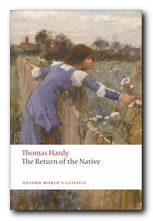 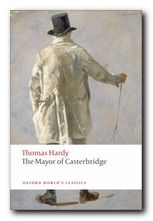