Greville Fane first appeared in the Illustrated London News in two weekly parts during September 1892. At this period in his career Henry James had decided to limit himself the short stories (or ‘tales’ as he called them) whilst he was concentrating on what was to be his disastrous attempt to succeed in the theatre. His dramatisation of The American was touring England at the time, and he had other dramas circulating amongst theatre managers for their consideration.

In keeping with his habitual industry, he produced something like a tale per month over a period of two years. Literary productivity is one of the features of this light but touching story. 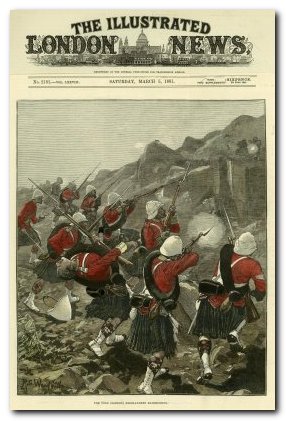 Greville Fane is a jeu d’esprit in a light mood – not unlike the other stories of literary life James produced during the 1890s – such as The Coxon Fund, The Figure in the Carpet, and The Abasement of the Northmores.

James strikes a delicate balance between comedy and pathos in his depiction of Mrs Stormer – just as his anonymous narrator is required to do for the obituary that is commissioned from him. Mrs Stormer (Greville Fane) is a literary hack completely without talent:

She could invent stories by the yard, but she couldn’t write a page of English. She went down to her grave without suspecting that though she had contributed volumes to the diversion of her contemporaries she had not contributed a sentence to the language.

Yet she is remarkably industrious, and as we gradually learn how badly she is treated by her own two children, we are invited to feel a sympathy for her comparable to that felt by the narrator. She keeps her son in complete idleness, and works for a year to produce the three novels that will pay for her daughter’s wedding – all the time being paid less and less for what she writes. James knew very well the values and the payments of the literary marketplace.

The story originated in an anecdote about the novelist Anthony Trollope who was famed for his prodigious industry as a novelist (whilst also holding down a full time position at the Post Office). Trollope trained his younger son Frederic to become a novelist, but the son chose instead to be a sheep farmer in Australia – and failed in business.

An un-named writer is asked to produce a ‘tactful’ obituary of a lady writer, Mrs Stormer, who produced three books a year under the pen name Greville Fane. He reveals that she was commercially successful, but without any real talent. She also had ambitions to train her son Leolin to become a writer, and spoils him in the attempt. In fact both her children feel embarrassed by their mother’s lack of good taste.

She pours money and effort into Leolin on the basis that he must have full experience of life in order to convert it into the substance of fiction. He takes advantage of his mother’s indulgence, becomes extravagantly well dressed, and produces nothing.

When her daughter marries the bland nonentity Sir Basil Luard, Mrs Stormer works for a year to pay for the wedding, all the time accepting ever less in payment for her work. Her daughter then keeps her at arm’s length because she looks down on her lack of social connections.

Since Leolin Stormer fails to deliver, his mother starts to pay him for ideas and characters that she can transform into fiction herself. But eventually she dies, and Leolin marries an older woman for her money.