Il Conde first appeared in Cassell’s Magazine in London (1908) and Hampton’s Magazine in New York (1909). It was later collected in A Set of Six, published in 1908 (UK) and 1915 (US). The other stories in this collection of Joseph Conrad’s work were The Informer, An Anarchist, Gaspar Ruiz, The Duel, and The Brute. 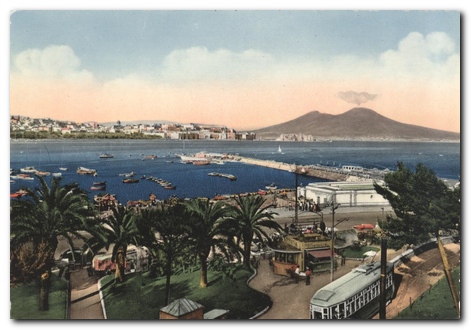 In his prefatory notes to A Set of Six Conrad outlines the genesis of his stories, putting his emphasis on the fact that they are based on true incidents:

In all of them the facts are inherently true, by which I mean that they are not only possible but that they have actually happened. For instance, the last story in the volume, the one I call Pathetic, whose first title is Il Conde (misspelt by-the-by) is an almost verbatim transcript of the tale told me by a very charming old gentleman whom I met in Italy.

It is curious (with over a hundred years’ hindsight) that he should think that the ‘real’ origins of the tale lend credibility (and even artistic merit) to what is not much more than an anecdote. It is indeed rather shocking if an elderly and cultivated man is held up at knife point and robbed by a university student from a wealthy family who is also connected to a Mafia-style gang. But since nothing further is made of this confrontation (and contradiction) it’s not clear what point is being made. The elderly man is so shocked he returns to somewhere in middle Europe – but that is all. Conrad goes on to say that the tale concerns a ‘problem’ – but then admits that he’s not sure what it is:

Anybody can see that it is something more than a verbatim report, but where he left off and where I began must be left to the acute discrimination of the reader who may be interested in the problem. I don’t mean to say that the problem is worth the trouble. What I am certain of, however, is that it is not to be solved, for I am not at all clear about it myself by this time.

The tale is an anecdote, a character sketch, an evocation of time and place, but not much more. It lacks the biting irony of An Outpost of Progress or the terrible themes of Falk and Amy Foster. We cannot expect every one of Conrad’s tales to be equally powerful, and it is fairly clear that his greatest literary strength lay as a novelist and a writer of novellas, not as an artist of the shorter literary forms.

An un-named narrator describes the Count he meets at his hotel in Naples. He is a cultivated, rich, and sympathetic character, yet the narrator does not know his name or where he is from. The narrator leaves for ten days to look after a friend who is ill. When he returns the Count tells him about an unpleasant experience.

The Count goes after dinner to listen to music played in a public garden. Afterwards he strolls on a darkened boulevard, where a man robs him at knife point. He gives him his money and watch, but refuses to give him his rings.

Afterwards, the Count retreats to a cafe, where he sees his attacker again at a nearby table. He asks a cigarette vendor for information and is told that the young man is a university student from a very good family and the head of a Camorra (Mafia-style gang). The young man threatens to pursue him further, so the Count decides to leave Naples, even though he believes that its climate is necessary for his health. The narrator sees him off on a train bound for Vienna.